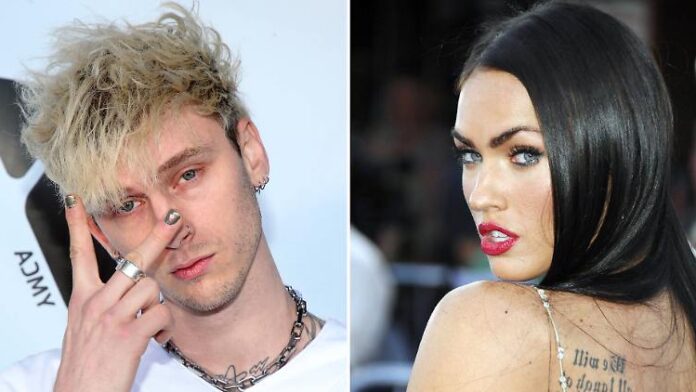 Megan Fox and husband Austin Green split up last month. It happens shortly after shooting the new Machine Gun Kelly video starring Fox. The 30-year-old now confirms initial speculation about a relationship between the musician and the actress.

When Megan Fox and Austin Green announced the end of their marriage on May 18, it didn’t take long for rumors to emerge. The 34-year-old Fox fell in love with the four-year-old musician Machine Gun Kelly, it said.

Fox had made the video with the singer for his current single “Bloody Valentine”, which was released on May 20 and in which the two of them come very close. Before that, Fox and Kelly had been seen drinking coffee together. Now the two holding hands and kissing were spotted in Los Angeles. A few hours later the musician tweeted: “I call you my girlfriend, damn it. In this case, life imitated art.” He confirmed the relationship with Fox.

Brian Green said in his podcast “… With Brian Austin Green” about the separation from Fox. He didn’t talk about Kelly there, but he spent 30 minutes trying to explain the circumstances to someone else. He revealed that he and his wife had been emotionally distant from each other since last year when she was away for a film shoot for several weeks. Even after their return, there was a distance between them that they could no longer overcome.

“I will always love her and I know she will always love me,” said Green in the podcast. Now he seems to have found a connection again. Only yesterday he was photographed by paparazzi with model and musician Courtney Stodden. However, the two could only be friends, at least they did not exchange tenderness in public.

Megan Fox and 46-year-old Brian Austin Green have a turbulent relationship that started in 2004. In 2009 they separated. 2010 was married. They now have three sons aged three, six and seven: Journey River, Bodhi Ransom and Noah Shannon. Green has a fourth son: 17-year-old Kassius comes from his relationship with actress Vanessa Marcil. Fox and Green separated and reconciled a few times, most recently in 2015, but a year later their third child was born.