Home News MacBooks will improve their cooling by raising their base 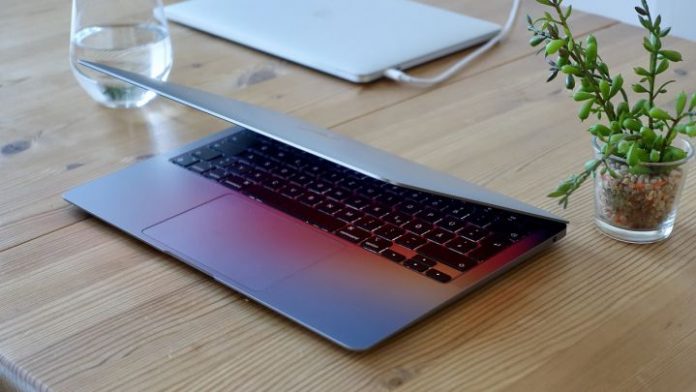 One of the things that users of a laptop should have the most care is the temperature of the terminal. Processors need constant cooling to stay at an acceptable temperature and thus not compromise the elements of the board or the terminal itself. This affects all machines, regardless of the manufacturer. In the house of the bitten apple they are working on this issue and the proof of this is the new patent to raise the Mac.

This is the new patent

That a computer has enough power is something important for any user. However, for all machinery to work it needs to be kept at a specific temperature. For that you need a good ventilation circuit that keeps everything at an acceptable degree, either by air or liquid. In the case of laptops it is quite a challenge, especially in those that bring together all the components in a very small space through which the air passage is very small.

Mac users know this well enough and Apple is looking for a way to fix this problem with smart solutions. The last of all consists of a system that lifts the MacBook and allows air to pass through the bottom. After all, there is no guarantee that users will have a music stand to keep the computer at a height that separates it from the table or surface.

The idea that those from Cupertino have goes through certain forms. One of them is to use the anti-slip plates and lift them up as you unfold the screen. Thus the laptop takes a certain tilt allowing the base to receive more air. This also works with a piece of software that controls all the parameters and could activate these capabilities automatically. The patent explains this by saying that “the electronic device may include a sensor that detects at least a temperature or a processing speed of the electronic device and provides the signal in response to the detection.”

Another feature is that it would have a new fan to provide the inside of the appliance with an additional source of cold. After all, the temperature problem has to do with when it is higher, something that also has to do with the environment. We will see what Apple’s plans are for this patent and how it will integrate it into future computers if it arrives.

The woman who shared the photo of her grandson was punished!

Rapper T.I. he goes every year to the gynecologist with his...