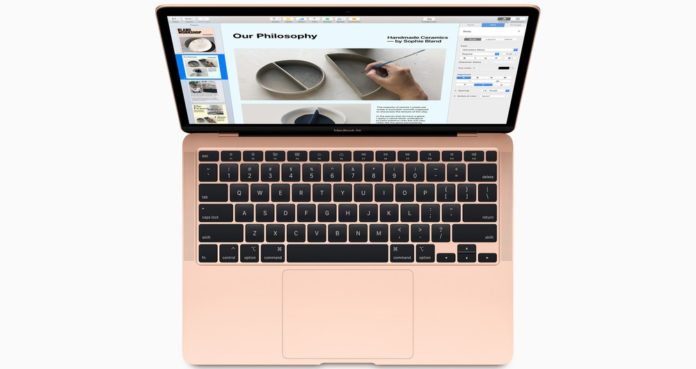 The new Magic Keyboard, one of the biggest highlights of the MacBook Air 2020, made the Apple notebook easier to repair, according to analysis by iFixit, a website specializing in electronics repairs. Praise for the component has been due to the replacement of the old butterfly design, responsible for causing failures, by the system known as scissors. The website team noted that the assembly facilitates later repairs, which is not usually the case with apple products.

The portal also evaluated that the notebook battery is easier to be removed, which contributes a lot to the grade 4 given by the site in the concept of repairability. Presented on the 18th, the new version of the MacBook Air offers twice the performance and twice the storage compared to the model launched in 2018. The product appears in the official Apple store for R $ 10,299, but there is still no option to purchase.

As noted by iFixIt, the laptop has a new cable configuration between the logic board and the Trackpad. In previous models, the cables were stuck under the plate, but are now free to be disconnected at any time. This means that the touchpad can be removed as soon as the back cover is released, which also facilitates future repairs.

The new configuration also speeds up the removal of the battery, since the component is under the same cables, eliminating the removal of the logic board. In addition, the battery is attached by elastic adhesive tabs that are relatively easy to remove. This is a gain compared to previous models, in which the battery was stuck from a more aggressive adhesive, requiring about two hours to remove it completely.

IFixIt also drew attention to the fact that the change from the butterfly keyboard to the scissors caused the component to gain only 0.5 mm in thickness, a difference that would not justify Apple’s reluctance to abandon a system that causes so many problems. The big question is that the butterfly design creates a large space between the keys and the base of the MacBook, allowing a lot of dirt to enter – which ended up reducing the life of the keyboard.