Home Tech Mac Studio, This Is The New Apple Computer With The M1 Ultra... 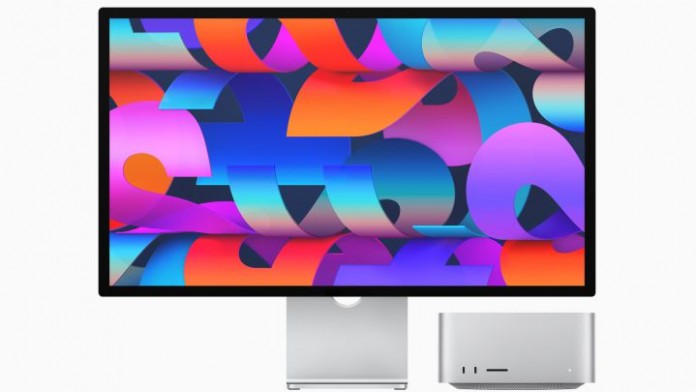 Mac Studio: Throughout the event that those from Cupertino have had today there have been great surprises. Two of them were highly anticipated, such as the iPhone SE 2022 and the iPad Air 2022. The two machines are now at the forefront of what users are asking for, especially the new phone, but the company has made an even more spectacular announcement and unexpected: the new Mac Studio with the M1 Ultra chip.

This is the new Mac Studio

External design and ports
Apple has not neglected all those enthusiastic users of the productive use of a powerful computer. It cannot be denied that the firm’s products meet this standard, but of all of them there is now one that is now postulated as one of the most important tools of the firm. Its name is Mac Studio and we are going to tell you everything that it hides in its small aluminum box.

Yes, the first thing that catches your eye is its shape, which is more of an aluminum cube reminiscent of the Apple TV device. But this device has little to envy to the encoder, since inside we find a computer with the latest of the latest from the Californian house.

Before we are going to take a look at its structure and know what it contributes in terms of ports. The Mac Studio is made of aluminum with a square footprint and has a square base that measures 7.7 inches and a height of 3.7 inches. It is a small device that has a light indicator on its front to indicate that the device is working and on its left side there are no less than two USB C ports and a card reader.

On the back there are no less than four Thunderbolt 4 ports, an Ethernet port, the power connection, two USB A ports, an HDMI, headphone jack, and of course the power button. Both in this back part and in the base we find a lattice that will allow the flow of air inside the device.

This SMS Is Not From A Parcel Service: Delete It As...