Home Entertainment Lycoris Recoil Episode 4 “Nothing to Look For, Nothing to Find” Review 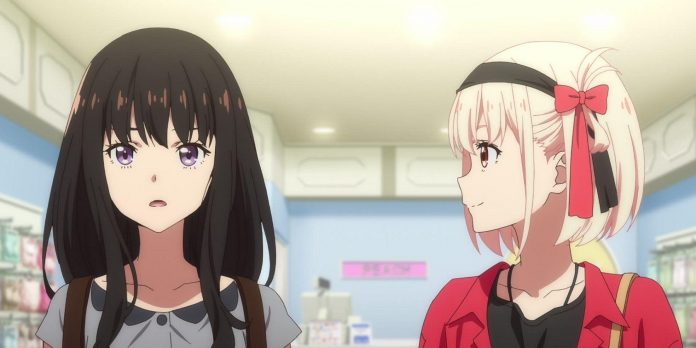 Below are spoilers for the 4th episode of Lycoris Recoil “Nothing to look for, nothing to find”, which is currently being broadcast on Crunchyroll.

The fourth episode of Lycoris Recoil has just been released, and the original anime from A-1 Pictures uses an approach to life in this episode. However, this does not mean that there is no action, and an interesting plot twist begins to unfold a third of the way through the series.

The anime takes place in a world where orphan girls are taught to be lycorises, a form of violence control. Behind the charming anime girls who played the main roles in this series, political intrigues, crimes and secrets are hidden. The series features small fragments of exposure from news or background conversations, encouraging viewers to assemble the puzzle pieces themselves. Viewers are introduced to bizarre characters, a mysterious organization and a bizarre coffee shop that hides its real business behind the facade. The anime is filled with plots, action and touching moments.

The episode begins with Inoue and Chisato at the shooting range, where, after several misses, Inoue complains of insufficient performance. The scene then flashes as Kurumi and Mika watch them through a computer screen. Then it turns out that this shooting gallery is located in the basement of the LycoReco cafe.

After the theme music plays, we are greeted by screams coming from the cafe. Inoue discovers that it is Chisato who is failing in a VR game. Chisato then forces Inoue to play the virtual first-person shooter she just played. Inoue wins the level for Chisato. The scene then cuts to Fuki and Sakura, who turn out to be the player Inoue was up against, referring to the events of the last episode.

Meanwhile, Chisato asks Kurumi if she has ever seen Inoue’s panties, remembering how she was accidentally lit up when Inoue was playing a virtual game. After that, she runs to Inoue to check under her skirt again to make sure that her eyes are not deceiving her; Inoue is wearing boxers, not panties. Chisato interrogates Inoue about wearing men’s underwear, but finds out that since Inoue had never been independent before, she had no idea what to buy for herself, and asked Miku what he liked best. Chisato then invites Inoue to go shopping for panties the next day to show her what girls usually wear.

The next day Chisato stands at the train station. Inoue appears in baggy men’s clothes after asking Maki for advice again. Chisato sympathizes with her and her lack of attraction to fashion as part of Licorice’s training. The scene quickly shifts to Kurumi looking for a firearm online. She understands that the market has changed after the deal, so the weapons were not stolen from the black market, as originally assumed.

Having returned to Chisato and Inoue, they are now buying clothes. Chisato drags her to a lingerie store, where Inoue doesn’t understand why the aesthetics of underwear should matter in her work. After Chisato continues to persuade her to choose a pair, Inoue drags her into the fitting room and tells her to show her panties to prove that she appreciates the aesthetics of underwear as much as she puts pressure on Inoue.

Having put themselves in an awkward position, Chisato and Inoue buy underwear and go for a snack at noon. Once again, Inoue humiliates Chisato’s poor food choices. After an argument, Chisato notices a couple behind them speaking French and rushes over to speak to them, apparently fluently. Meanwhile, Inoue secretly takes a bite of the food she criticized Chisato for.

Back at LycoReco, Kurumi set up a virtual headset to allow her to go through a virtual version of the gun deal from the first episode. However, Kurumi can’t figure out who the main person in charge of the deal is. Returning to Inoue and Chisato, the girls approached the aquarium. Inoue reprimands Chisato for drawing too much attention to herself before asking her about when she defended the tower.

The conversation turns to Chisato explaining why she doesn’t want to kill anyone; she doesn’t want to take up their time. Inoue is shocked by this answer, and the girls continue the conversation. Chisato briefly mentions that she quit the DA because she’s looking for someone before pulling out the owl necklace. As we already know, owls were a popular symbol of the Alan Institute. To lighten the mood, Inoue jumps to the middle of the floor and starts silly antics, for which she reprimanded Chisato, much to the delight of Chisato, who joins her.

The scene then shifts to Mika, who is sitting in a bar surrounded by an aquarium. He’s sitting with Shinji Yoshimatsu, the mysterious blond guy from the Alan Institute.

CBS: See How is The Channel Series Schedule in The Fall...