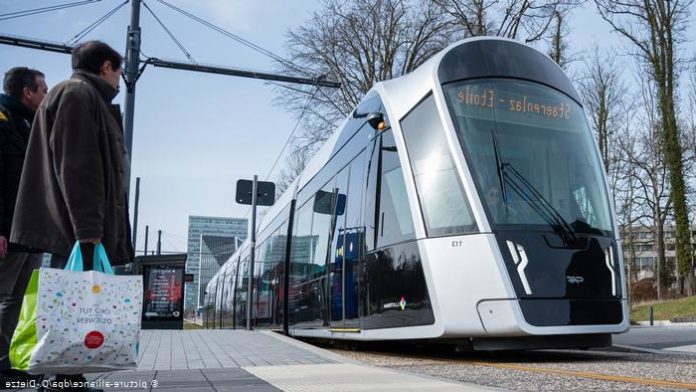 Located in the west of Europe, Luxembourg, although located in a small area, attracts many visitors with its transitions and historical buildings. The public transportation service in the country has become free for the people of the country from today.

Luxembourg citizens can get in the car only by showing their identity cards when they want to use public transportation. They will not need to buy a special card or pay anything in any way.

Luxembourg became a first
In a statement made by the Luxembourg Ministry of Transport, he explained that some cities around the world have similar initiatives, but free public transport is provided for the first time in the world.

Luxembourg is known as one of the countries with the highest per capita income in Europe. The area of ​​the country is not very large and its population is very low, but the high level of public welfare creates a serious automobile population.

Loss of tickets will be covered by the treasury
It is stated that the average ticket price in Luxembourg is 2 Euros, while annual ticket sales generate 41 million Euros in income to the country. This accounts for approximately 8% of the country’s budget.

With the new amendment, 40 percent of the households in the country will make less expenses, and on average, 100 Euros per year will be left in their pockets. The state, on the other hand, will cover the loss of income due to the lack of ticket sales from the treasury.

Luxembourg City, the capital of Luxembourg, frequently came up with traffic problems. Only 32% of people in the country use public transportation while going to work. Although there is a tram line to the south of the city, efforts are continuing to allow the rail system to reach the north and the airport in the capital.

BBC: “The Whole World Will Use China’s Digital Currency”

Sony manager reflects PS4: may be “the end”