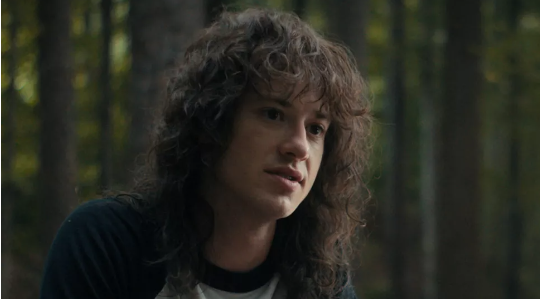 Lupita Nyong’o will officially play the main role in the prequel film “A Quiet Place”, “Day One”. John Krasinski’s horror franchise has been a huge success, and now he will step back to explore new facets of the film series. However, it looks like the “Black Panther” actress won’t be doing it alone, as a certain “Stranger Things” star will be joining the actress in the franchise.

According to Deadline, Joseph Quinn from “Stranger Things” is currently in talks to play alongside Nyong’o in the long-awaited project. The director and screenwriter of the spin-off will be Michael Sarnoski, best known for the Nicolas Cage film “Pig”. This is different from the previous versions of “A Quiet Place”, which were directed by John Krasinski. Rumor has it that this movie will revolve around different characters than its predecessors, so Emily Blunt and Krasinski will most likely not return to their roles.

Joseph Quinn became a fan favorite actor after appearing as Eddie Munson in season 4 of the popular Netflix sci-fi series “Stranger Things“. While the character unfortunately dies at the end of the season, Eddie Munson was such an outstanding character that many fans theorized about how he could return in season 5. Unfortunately, the Duffer brothers have denied any rumors of a comeback. Quinn has also starred in projects such as Game of Thrones and the BBC One series Les Miserables.

Along with the “Quiet Place: Day One” Quinn also starred in the independent British film “Treasure”, which will be the directorial debut of Luna Karmun. As in “Stranger Things,” the film will take place in the 1980s, and it will star BAFTA-nominated Hayley Squires and Saura Lightfoot Leon. Because of his newfound popularity, this is probably just the beginning for Quinn, who could become one of Hollywood’s biggest stars.

“A Quiet Place: Day One” will not be released in theaters until March 8, 2024. Meanwhile, fans of the franchise can watch the first two films on a Paramount+ subscription. In addition, fans of Joseph Quinn can see our article about where else you can see the actor’s previous performances. For more information about other films that will be released in theaters in the near future, check out our movie release schedule for 2023.