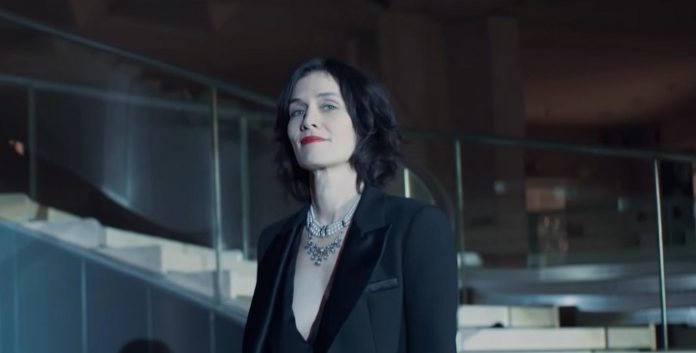 We may be a fan of the Lupine series with Omar Sy, some things are really not very believable!

It was with pride that Omar Sy recently thanked his fans after learning that his series Lupine had dethroned The Lady’s Game and The Bridgertons Chronicle in a surprising record. Indeed, in addition to having risen to the top of the Netflix ranking of the most viewed series, the show created by George Kay also made a splash across the Atlantic. An unequaled success for a French series which has not finished talking about it since the second part will arrive this summer. However, even if Lupine has succeeded in his bet to introduce new generations to the mythical adventures of the gentleman burglar, the latter shares a huge point in common with La Casa de Papel – and not the best -. Namely that many elements of its plot are sorely lacking in consistency. The proof by four!

Assane gives his confidence (too) easily

While Assane is portrayed as a clever and cunning character, it sometimes happens that the latter entrusts his true identity to people capable of betraying him. This is particularly the case of Juliette, the daughter of the Pellegrini. Indeed, while the latter tries to extract information from him, he can not help but reveal his true face, in the middle of a public garden while the police are watching. By doing this, Assane is taking a huge risk! He assumes that the latter will never denounce him and will prefer to remain silent, which is basically rather thoughtless and impulsive.

This is probably the most problematic scene in the series. Moreover, it is also the most controversial on social networks. And rightly so! Besides being totally surreal, it relies entirely on Assane’s “luck”, who prefers to play with fate rather than appeal to her genius. Moreover, a user recently stressed that it was impossible for the hero to pass himself off as “dead” in order to be evacuated by an ambulance. In real life, a doctor first comes to check and see the time of death. But that’s not all, the harness used by Assane to fake his suicide also seems too light to support his weight. Not to mention the fight he provokes to get stabbed and get to the infirmary. If you think about it, within a few inches he could have been seriously injured and never got out.

In the same vein, the plan of the Louvre fomented by Assane to recover the necklace of Marie-Antoinette is just as WTF. First, it seems utterly unlikely that the staff of the most visited museum on the planet did not pre-check the profiles of all the potential buyers present that evening. Secondly, it is obviously not on Wikipedia that they would seek information. Especially knowing that it is a free encyclopedia produced by a community of anonymous contributors. Third, even with its fabulous patter, it is impossible in real life to have such easy access to a work after its purchase. Finally, is it really possible that with such an important charity evening the security system was not reinforced upstream?

The lie of the necklace

Which thus brings us to our fourth point concerning the lie formulated by the Pellegrini about the famous necklace. Indeed, if the latter claim to have recovered it in spare parts, it turns out that it is wrong. A shameless lie that Assane discovers thanks to the help of his friend who works at the Paris flea market. Still, this twist poses a big problem as it hints that the Louvre’s art expert teams are incompetent. Big inconsistencies therefore which come from time to time parasitize the story. Fortunately, this is not enough to spoil the pleasure of reveling in the luminous presence of Omar Sy. Also discover these anachronisms spotted by Internet users in all the episodes of the Lupine series.