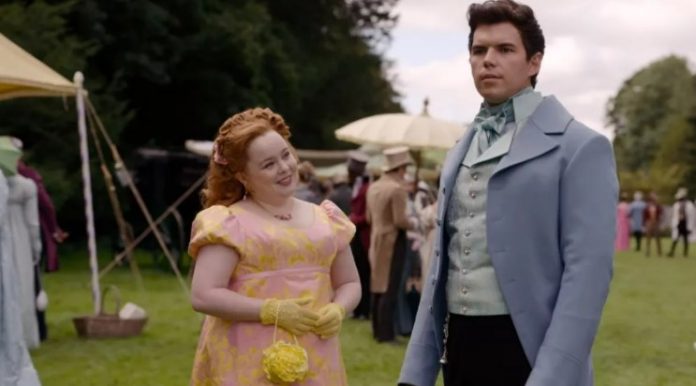 Rejoice, dear reader! Because we have new information about the long-awaited third season of the series “Bridgerton”. In a silly new video, Nicola Coughlan, Luke Newton and Claudia Jesse, who respectively play Penelope Featherington and siblings Colin and Eloise Bridgerton in one of the most popular shows on Netflix, got together to talk about the upcoming season. Newton discussed the relationship between Penelope and Colin, and, in true Lady Whistledown style, we got a cryptic hint for the new season.

The most important thing we know about the third season of the series “Bridgerton” is that it will tell about the relationship of Colin and Penelope. Although this breaks the chronological order of book publishing, showrunner Jess Brownell explained that it’s like “Colin and Penelope‘s time.” Filming for the third season is currently underway, and the new main characters have sat down to discuss and tease what’s next.

After Eloise found out that Penelope is Lady Whistledown and Colin said he “would never dream of courting Penelope Featherington” in the season two finale, everything is set for what I believe will be a chaotic season three. After being asked why Colin doesn’t have romantic feelings for Penelope, Newton explained his thoughts about what Pauline will be in the third season. He also addressed the passion and periodic aggression of fans towards the future couple in a new commercial for the upcoming season.

” Because [Penelope and Colin] met when they were so young, in the sweetest way. When I read the book, it was such a sweet story of how they met. I think there’s a lot going on and he can’t see what’s going on right in front of him. Which obviously really upsets the fans of the show, and sometimes they take out that frustration on me. [Laughs]

I can’t wait to find out how they met, and hopefully next season we’ll see even more moments from the book. The two of them had an amazing friendship until we saw what Colin said last season (which is why fans are angry). Although it is clear that Penelope has always been in love with Bridgerton’s brother, he is clearly blind to this fact and has firmly placed her in the friend zone. Colin also doesn’t know that Penelope is behind Lady Whistledown, so it will be interesting to see how they deal with all these problems. I feel it’s safe to assume that the story will end happily, as in the first and second season, but there’s a lot to do first, and Penelope‘s actress gave us a quick overview of how the season will begin.