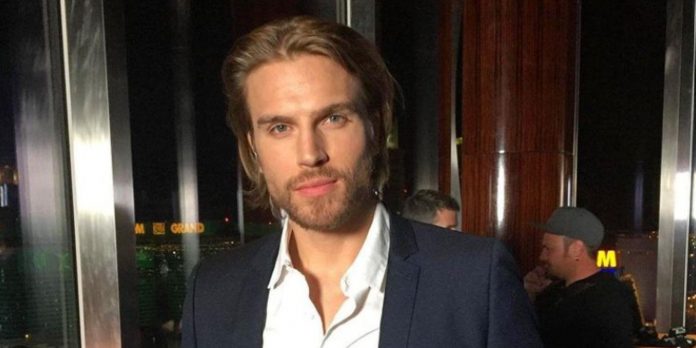 Luke Galbranson will be absent from season 7 of Summer House, as he has just announced that he will not be returning to the series. Luke joined the 4th season of “Summer House”, and fans were immediately fascinated by the model from Minnesota. While he tried to stay low-key and unnoticed due to the domestic drama, he found himself embroiled in a roller coaster relationship with co-star Hannah Berner. Luke tried to be casual with Hannah, but in the end she felt feelings for him and accused him of playing with her emotions.

In the fifth season of Summer House, Luke introduced his former love, Ciara Miller, to his housemates in the Hamptons. The relationship between him and Hannah was still tense compared to the previous season, and many thought that Hannah and Ciara would clash. However, Hannah welcomed Ciara with open arms, and they quickly became friends. Luke tried to revive his romance with Ciara, but she treated him coldly. Later, the star of “Summer House” admitted that he used to be her ghost, and regretted it.

Many viewers wondered about Luke’s future in The Summer House, as he almost did not appear in many episodes of season 6. The focus was on the upcoming wedding of Kyle Cook and Amanda Batula, as well as the drama between Lindsay Hubbard and Ciara Miller. In a recent Instagram live broadcast recorded by Queens of Bravo, Luke announced that he would not be returning for season 7 of “Summer House.” He shared: “Just so everyone knows, I’m not going to participate in the Summer House this year. [It] was a rumor, but I wanted people to hear it from me.” He went on to say that he is “extremely grateful” for the time spent on the show and that he will miss his friends.

Although Luke hasn’t explained why he won’t be returning to The Summer House, many fans have wondered if this is due to the lack of a storyline in season 6. The star of “Summer House” Alex Vah made his debut last season. and was absent in many episodes. It was later revealed that Alex attended acting events, but was edited off-screen. Alex recently left a mysterious post on his Instagram, which said that he was thrown by a “crooked ball” and could not cope with it physically and emotionally, which made fans wonder if he was also released from the Summer House.

Why does the Gray Man never call Sierra Six by his...