Home Entertainment Luke Combs has always “struggled” with weight, wants to “be close” to... 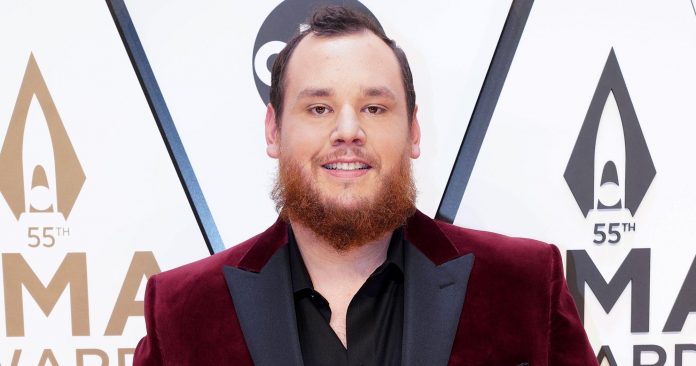 Does it for his son. Since Luke’s son Tex was born earlier this month, Luke Combs is more determined than ever to get better after a lifelong struggle with his weight.

Weight loss and celebrity Transformation: before and after photos

“It’s always bothered me… especially when you’re younger,” the 32—year-old country star said during an interview with Zane Lowe of Apple Music on Monday, June 27. “You’re like, ‘Dude, I just got a terrible genetic roll of the dice on this thing.’ You start to understand it even more as you get older.”

Although Combs admitted that his weight problems are not only related to genetics, joking that sometimes he “piggies”, he has reached a point where he wants to make changes.

“I got to the point where I thought, dude, I’d really like to get a haircut. And it’s so hard for me to do that,” he said. The “Lovin’ On You” singer explained that he has an unhealthy relationship with food, which makes it difficult for him to maintain “consistency” in his diet.

Stars who have Struggled with Eating Disorders: Taylor Swift, Laurie Hernandez and others

“I don’t need a cigarette to live. But I need food to live,” he said, comparing the struggle with addiction. “It’s like you’re literally going to die without food. That’s why it’s so difficult.”

However, since he and his wife Nicole Combs welcomed their first son, Luke has redefined his lifestyle and what he wants for his future. “The fact that I have a child has really confused my head for the better,” the musician explained to “Doin’ This». — I want to be around, man. Do you know what I mean?”

Luke continued: “I want my business as a whole to constantly improve. Shows, songs, everything. “Sometimes I feel like I walk in and say, ‘Dude, I don’t want people to think of me like this guy doesn’t take care of himself.’ I’ve definitely struggled with it, but it’s also something I’m really comfortable with in my own skin.”

Luke and Nicole, who tied the knot in August 2020 in Florida in the presence of their loved ones, announced in January that they were expecting their first child together. “That’s it! Little dude Combs is coming this spring,” he wrote on Instagram at the time along with a series of photos with his wife. “I couldn’t be more excited to start a family with this baby. …It’s going to be a hell of a ride @nicolejcombs.”

Earlier this month, the couple had a son, Tex Lawrence. “Well, he decided that Fathers Day would be a good time to show up. I couldn’t disagree more,” Luke wrote on Instagram at the time, sharing a photo of him and Nicole lovingly holding their baby. “Me and @nicolejcombs are madly in love with this little guy. Mom and baby are healthy, and we have already returned home with our family. Life is good. Welcome to the world of Tex Lawrence Combs!”

Nicole echoed these feelings on her account, sharing the same photo of a new family of three. “It will be hard to beat the past Father’s Day,” she wrote. “Welcome to the world, Tex Lawrence Combs. You are the best and coldest angel boy, and I am so happy that I was chosen as your mom. These are the days.”

In the comments, Luke praised his wife in the early days of their fatherhood: “You crushed her, my love!”

PlayEquall Is Born, A Campaign To Promote Equality, Inclusion And Diversity...