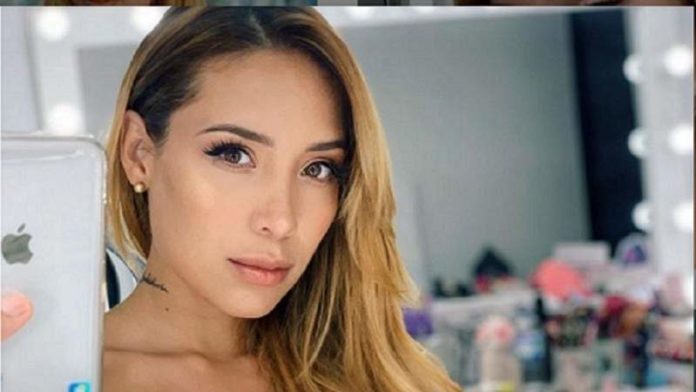 Exceeded the limits! Luisa Fernanda W released the clothes and enters … adult model?
The influencer impacted all her followers with strong images and very risque tones.

Today Luisa Fernanda W has become a true sensation and influence for many young people who admire the great work she does in the digital industry.

A few years ago the Colombian youtuber was just one more girl who shared with her acquaintances her occurrences and videos where she gave advice on makeup and style tips but now she is a queen of the Internet.

In her Instagram, the Colombian shows her day to day with very varied images, ranging from the most elegant to the most desirable, but despite the fact that many of her fans have seen her in somewhat daring facets, these new images left beyond what she used to see her.

It turns out that the influencer posed for a famous magazine in Colombia called “DonJuan” which is usually a magazine for gentlemen with risque photographs, which blow the imagination of each and every one who observes it.

The now model became the protagonist of the new edition and showed before all her figure from angles never seen before with mini outfits and pose never before thought, thus unleashing endless comments for and against her new facet.

The singer took over the pages of the magazine, posing in several of them with tiny lingerie of different colors and styles. The stage where the photo session was held was on a go-kart track to give it a more extreme and attractive style for the view of the gentlemen.

Luisa Fernanda W has not clarified whether she will now fully devote herself to this type of photographs, which if it is clear is that she will have to deal with the many criticisms of her fans because they are mostly young girls who follow her for her funny videos on YouTube and not because of its anatomy.

Something We Do Numerous Times Every Day Increases the Risk of...