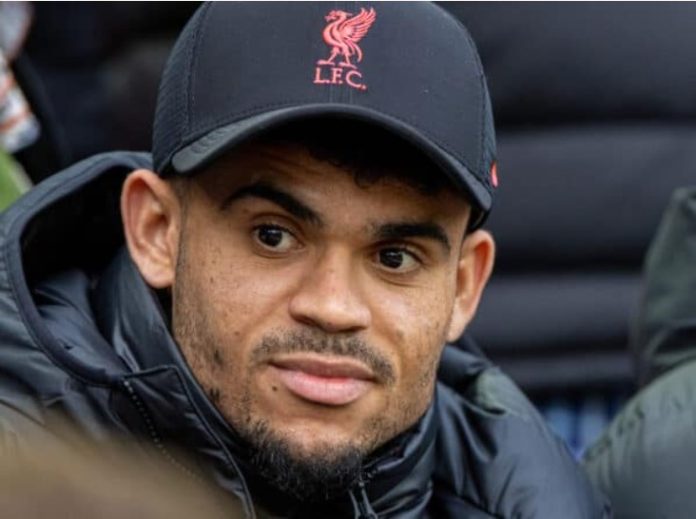 Liverpool striker Luis Diaz said that in the future he dreams of playing for a Spanish club, but insists that so far he is only thinking about “making history” with Liverpool.

In an interview with the Colombian magazine SoHo, Diaz, who is currently recovering from a knee injury sustained earlier this season, also spoke about his admiration for Lionel Messi.

The Colombian has been a revelation since his arrival at Anfield in January, and it looks like he will play a key role in Jurgen Klopp’s team in the coming years.

However, his comments regarding a possible move to Spain may worry some Liverpool fans, as Diaz suggested that there is a specific Spanish club that has “always attracted” his family.

“I would like to play for a Spanish club that has always attracted the attention of my family, but it’s more of a childhood dream,” he said when asked “how far he wants to go” in the game.

LIVERPOOL, ENGLAND – TUESDAY, September 13, 2022: Liverpool squad Luis Diaz and Trent Alexander-Arnold before the UEFA Champions League Group A second round match between Liverpool and Ajax at Anfield.
“Right now I’m only thinking about winning trophies and making history with Liverpool, which is one of the biggest clubs in the world. I am very grateful for the opportunity they have given me.”

Diaz went on to say that Lionel Messi and Ronaldinho, two of Barcelona’s greatest players, are two players he greatly admires, and Messi has always been his “reference”.

“I wanted to meet some people I admire, like Lionel Messi; I was supposed to meet him and I already know him.

“I almost died, I almost said “I love you” and all that. In truth, he has always been my guide. My big idol was Ronaldinho, but since he retired, I have not been able to meet him face to face. The day I meet him, I will really die. Well, Leo is the best in the world.

“I love Messi. The first time I met him was in a Colombian match here in Barranquilla, but I didn’t start; I was just starting in the selection. And then I met him at the America’s Cup two years ago, and it was very exciting.”

These comments may indicate that the Spanish club that Diaz would like to play for one day is Barcelona.

LIVERPOOL, ENGLAND – TUESDAY, October 3, 2022: Luis Diaz of Liverpool during the UEFA Champions League third round match between Liverpool and Glasgow Rangers at Anfield.

Joann Laporta, Barcelona’s president, recently stated that the Spaniards were interested in signing Diaz before he joined Liverpool in January.

Diaz further explained that he was proud to have appeared in the Champions League final last season.

“I hardly slept the night before. I was thinking about what would happen the next day,” he continued.

“But to know that he was there, to remember how difficult it was to get there, was incredible.

“At that time, I had goosebumps. Playing in the Champions League final is another level. I’m proud of how far I’ve come.”

Diaz does not often give interviews, claiming that he is a player who does not like to be in the spotlight as much as some others.

“I usually say no to the Liverpool press team, that I prefer not to give interviews, but they take me for one or two, and that’s it, I’ll get rid of it quickly,” he said.

“I know that there are other players who are dying to get into the media. I’m the other extreme, the less I go out, the better.”

It is not surprising that Diaz, a player who grew up in South America, dreams of someday playing for one of the Spanish giants.

But if Liverpool was once a “selling club” that was forced to make money from its star players, then, of course, this is no longer the case.

NFL World Reacts to Pot Controversy on Brown’s Side