Home Entertainment Luis Diaz ‘Very Happy to Be Back’ As Liverpool Return to Work... 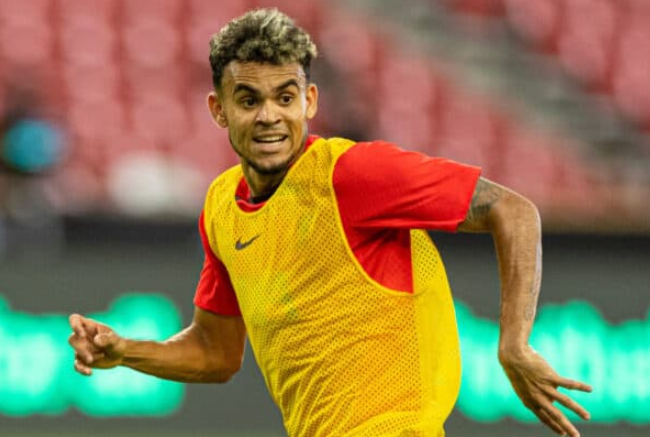 After almost a two-month break due to a knee injury, Luis Diaz returned to team training with Liverpool in Dubai, and the winger is “very happy to be back.”

The Reds returned to training after a three-and-a-half-week break on Tuesday, with Jurgen Klopp leading a 28-man squad in the first training session.

While in Dubai for training camps in warm weather during the World Cup, Liverpool will play with Lyon and Milan in two friendly matches in preparation for the second half of the season.

It also brought a big boost as Diaz returned to training alongside Joel Matip and Naby Keita.

Diaz has not played since the 3-2 defeat to Arsenal in October, having suffered a serious knee injury in a duel with midfielder Thomas Partey.

After undergoing rehabilitation in individual classes at the AXA training center, the winger was “very happy to return,” as he said on Instagram after training:

Diaz is expected to take part in the upcoming friendly matches at the Al Maktoum Stadium, while Klopp is likely to field his strongest team on Sunday against Lyon.

Among them will be Andy Robertson, who was among those who enjoyed a “return to work” after a pause in the campaign:

Liverpool will hold regular training sessions over the next 11 days in Dubai before returning to England for the League Cup fourth round match against Man City on December 22.

After that they will visit Aston Villa as the Premier League resumes on Boxing Day.

The first game at Anfield will take place on December 30 against Leicester in the league — this will be their last game in 2022.

The Seven Deadly Sins: Anime Will Have Season 6?