Home Home Page Ludwig claims that Witch has a lot to learn in light of... 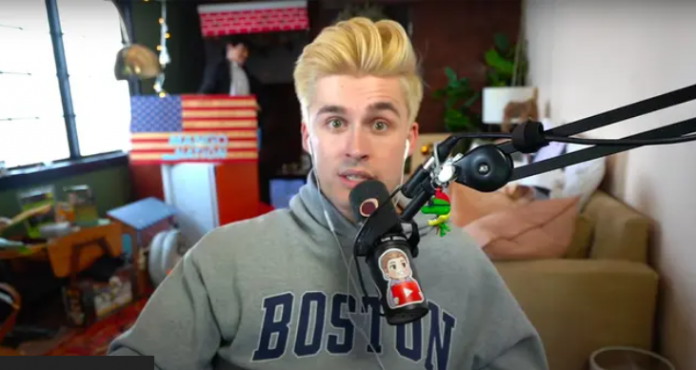 In a new YouTube video, Ludwig spoke about TwitchCon 2022 and discussed some of the most serious problems of the event after the negative reaction spread on the Internet.

Last weekend, San Diego hosted TwitchCon, which was attended by content creators and gaming leaders from around the world. However, most of the discussions around TwitchCon have focused on issues related to one particular section of the foam pit.

Content creator Ludwig told about this event during a YouTube upload on October 11 on Mogul Mail. In the video “The Problem with TwitchCon,” Ludwig discusses the foam pit and how, despite the danger it caused, it remained accessible all weekend.

It was reported that throughout the event, content creators who fell into the pit were seriously injured. Streamer Adriana Chechik got into a very serious accident after jumping into a pit, confirming online that she broke her back in two places and needed surgery. Another streamer, Loch Vaness, was also injured after explaining that he dislocated his knee in the pit.

Ludwig told how he was in this foam pit, “not knowing that it happened,” and that he really took part in this activity after the injuries were sustained. Ludwig then said that “they kept the booth open and even tweeted” about the prizes and winners, showing footage of commentators saying that Twitch is “all about safety” after Chechik and Vaness were seriously injured.

Ludwig claims that the foam pit wasn’t the only problem at TwitchCon 2022.
Then Ludwig told about the organization of the event. He mentioned the long queues of people outside and that the number of people in and around the hall far exceeds the capacity of the hall. As a result, Ludwig noted that “it was very difficult for people with disabilities, people in wheelchairs to even get to many of these events.”

the fact that there were people trying to TRAMPLE people in wheelchairs to get into this fucking panel is disgusting. and security was doing NOTHING. we literally had to yell at the security officials to let the people with wheelchairs through.

He also stressed that some images with streamers contained incorrect pronouns for certain content creators, and finally told about a scenario in which a visitor “licked” the face of a female streamer when she was left alone without protection. Although Ludwig did not disclose who the steamer was, he reported that the person “was hosting a Twitch event and then, leaving, had no security because security was occupied by all the Minecraft people.”

Reflecting on the event as a whole, Ludwig acknowledged that the growing scale of the Twitch platform makes TwitchCon a much larger event for the platform. However, he added that there are certain points over the weekend that Twitch needs to address in the future.

“Twitch has clearly grown a lot. It is much more difficult to hold events of this scale now, and they have a lot to learn. Overall, most of the weekend went well, but clearly there were some serious problems, not to mention what I have to say about it, a lot of bullying and harassment that happened, which I’m not very happy with.”

Criminal Minds: This is how Paget Brewster reacted to the last...