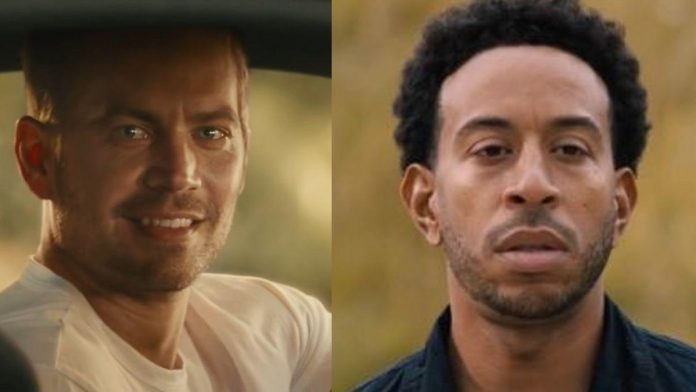 “Fast and Furious” by Paul Walker and real families remained close after the unexpected death of the actor. Everyone continued to honor Walker’s legacy, especially his daughter Meadow. Of course, her late father’s on-screen family and the “Fast and Furious” producers accepted her as they continued to be a part of her life, including her wedding in 2021. Meadow Walker recently had a cute exchange with Ludacris from Fast 10 when they honored the late She’s All That actor.

Their sweet moment came after Ludacris received exciting news: he will receive a movie star on the Hollywood Walk of Fame in 2023. The rap legend took to his Instagram to celebrate the moment by posting a flashback photo of 2 Fast 2 Furious of him and Paul Walker. Ludacris felt that this coincidence was “heaven sent”. Check out his cute tribute below to find out what the F9 actor had to say about the special moment.

Of course, the post has generated countless comments from fans, friends and family. But one commentator stood out the most when Walker took the moment to congratulate the artist on his latest achievement. She left him four stars in the comments, which attracted the attention of Ludacris. He immediately responded with a crown emoji. It wasn’t the first time the rapper and Walker’s daughter shared a family moment on social media. Watching the love exchange between the rapper and Walker’s offspring reminded fans that the legacy of the late action star still remains strong years after his death.

The bond between the model and the actors and crew of “Fast and Furious” has only intensified, as they are still protecting the legacy of her late father. Brian O’Connor, played by Walker, remained ubiquitous in the fast car franchise, despite the tragic death of the actor. His daughter made sure that his charity continued through the Paul Walker Foundation, in which his partners in the film actively participate. While the elder Walker may no longer be here physically, the younger Walker retains his presence behind the scenes for the franchise. His co-stars weren’t relaxing either, as they, especially Vin Diesel, shared photos from the past and sweet tributes to the late actor from Fast and Furious 7.

Expect Brian O’Connor to be mentioned in Fast 10, as the franchise’s finale continues to be filmed around the world. The cast continues to grow with the addition of Oscar winner Rita Moreno as the grandmother of the Toretto siblings. The audience has already had a look at the final film, as the actors shared moments from the filming. They will have to wait to see the final product, as Fast 10 will be released on May 19, 2023.

It’s unclear when Ludacris or Paul Walker will receive their star next year. In the meantime, you can check out the Fast saga by subscribing to Hulu to watch the first seven movies and F9. You can get an Amazon Prime subscription to watch The Fate of the Furious.