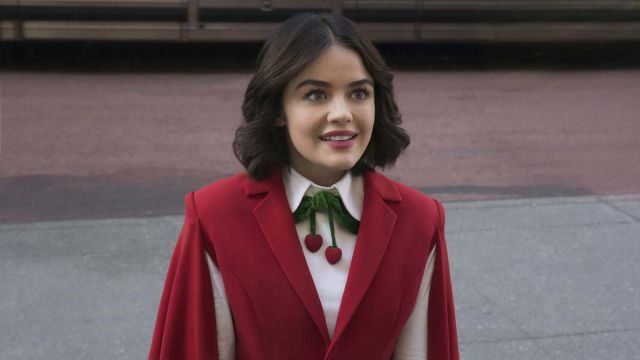 Although Lucy Hale has just turned thirty, her teenage appearance is still perfect for starring in youth series. The protagonist of Little Liars opens a new stage on television with Katy Keene, the new series of The CW that shares the world with Riverdale.

Lucy gets into the skin of Katy Keene, a young woman who arrives in the big city with the dream of becoming an important fashion designer. The series is based on the homonymous comics that belong to the same publisher as Archie and Sabrina.

Well, The CW has already released the full trailer of the series. And it is true that it looks very good. In it we know the four protagonists that we will follow in the series: Jorge, a young man who dreams of dancing; Pepper, a girl who wants to be an actress; Katy Keene, the protagonist; and Josie, who we met in Riverdale and who tries his luck as a singer in the city.

Lucy Hale wanted to share with her followers and followers of Instagram (which are more than 24 million) the reasons that have led her to accept the role of Katy, and that has a lot to do with her life!

One of the reasons I was so drawn to Katy Keene is because I saw so much of my real life story in these characters. The struggle, heartbreak, uphill climb to achieve your dreams and realizing along the way that it really is the journey and the people who lift you up along the way. Can’t wait for you to meet all these dreamers feb 6 2020 🌟 @cw_katykeene @thecw

“One of the reasons I was attracted to Katy Keene is because I saw a large part of my story in her characters. The struggle, the anguish, the climb to the top to reach your dreams and realize that what matters is the path and the people who help you achieve your goal, ”the interpreter has written with a series teaser.

But the thing does not stop there, it has also shared the emotion it has because it opens: “I can’t wait for you to meet these dreamers on February 6, 2020.”

The famous singer Duffy, who was raped for a month, told the details of the event for the first time.

BTS EXPLAINS WHAT ‘CONNECT BTS’ IS AND HOW IT WORKS

Bella Hadid Was Victim Of Abuse In Victoria’s Secret