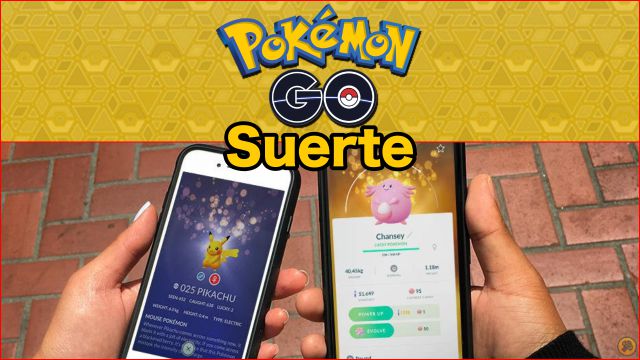 What’s this lucky Pokémon thing? How can we capture them? We explain everything about this feature of the Niantic game for iOS and Android.

Lucky Pokémon are one of the most desired features by Pokémon GO players. Lucky Pokémon in English, Niantic added this special trait to the creatures of the game back in the summer of 2018, at which point all Trainers began to exchange with their friends much more frequently. The reason? The short answer is because you can only get lucky Pokémon by trade; the second, because lucky Pokémon halve the Stardust we need to increase power.

As we said, as a general rule a Pokémon needs a certain number of Stardust units so that we can give it more power. Imagine that we have a shiny Eevee with the maximum IV (individual values ​​of Attack, Defense and Resistance), an Eevee that will achieve the best version of itself by giving it all the power possible. If you’re lucky, the cost of Stardust will be half, 50%. It is only possible to get lucky Pokémon through exchanges, as we will see later.

Why is this trait useful beyond an obvious resource economy motive? Because it is very important that we use Pokémon with maximum CP if we want to use it competitively and because Stardust is difficult to obtain in Pokémon GO. There is a third reason, probably the most valuable: Lucky Pokémon always have IVs between 12 and 15 (IVs can range between 0 and 15).

How to get lucky Pokémon in Pokémon GO

To get lucky Pokémon in Pokémon GO you have to try it through the exchange function and only by exchange. It is random. Of course, not all species can reach the Pokémon trait with luck. The longer a Pokémon spends within the player’s storage system (age since its original capture), the greater the chance that it will become a Lucky Pokémon when traded. An example: a Pokémon captured in 2018 is more likely to be a Lucky Pokémon than one captured in January 2021.