Home Entertainment Lucifer: Why Did Lucifer Ditch Rory In Season 6 Of The Show? 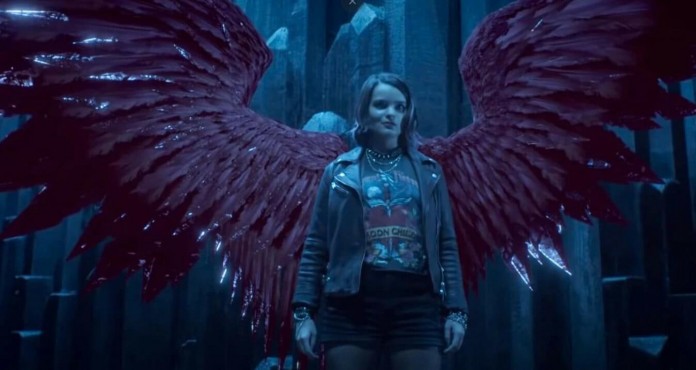 Lucifer season 6 left fans missing the sweetest Devil in history. Among the themes surrounding the last season, the emergence of an adult version of the Devil’s daughter shook the story. The drama is even greater, as she claims to have been abandoned by her father.

Aurora, better known as Rory, is played by Briana Hildebrand, arrived in season 6 and shook every structure of the Devil, played by Tom Ellis. The timing of the event also heightened the drama surrounding the event, as he was about to become God.

Rory is the daughter of Chloe and Lucifer, and arrived in Hell after traveling back in time. However, she is an adult version of the character, who has returned to the time of her birth to confront her father. According to the girl, he would have abandoned her and her mother shortly after giving birth. All the angst caused Rory to stop in 2020 and confront her father about abandoning her and her mother.

During the beginning of the season, she presents herself as the main antagonist, but things change over the episodes. Soon, it is clear that the relationship between the two is good and her return was crucial to create this bond between them.

The first and most obvious of these is the fact that he realizes his mission and returns to Hell as a healer, helping to save some lost souls there. From there, he let go of the desire to be God and focused on helping souls become worthy to go to Heaven. Thus, he would remain in Hell for thousands of years.

Another reason was to protect Rory herself. Her time travel created a paradox of predestination, which would end if Lucifer remained in Los Angeles. The relationship created by the two in season 6 only happens because of abandonment.

League Of Legends Vs Toxicity: Riot Will Disable Chat Between Teams

Nintendo Switch and Call of Duty lead March US sales