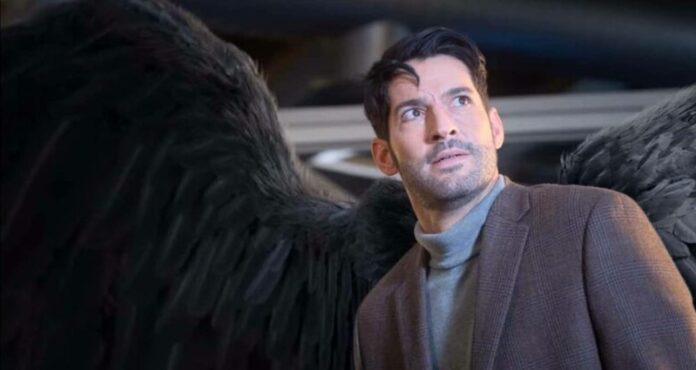 The second part of season 5 of Lucifer, is bringing a lot of theories about it, especially after the official Twitter account of the series will reveal that God will have “a long stay.”

Let’s remember that, in one of our previous Lucifer notes, we told you about the small spoilers that the series has been revealing about God, mainly about his “long stay”.

But, during a statement for Entertainment Weekly, Lucifer’s c-showrunner Joe Henderson explained some details that the character of God will have in the series.

He said, “A lot of that, as we went along, was the fear of demystifying God too much.

“Because God is the metaphor for all of our parents, those unknowable figures that we grew up with and that we know to varying degrees, but as children, we are guessing what it is that they really want and need.

“The challenge was honoring that while still incorporating a fully developed character. But that also became the fun.”

Many hope that God is on Earth to fix their relationship with their estranged son Lucifer (Tom Ellis). Lucifer led the revolt against heaven with God banishing him to rule hell as punishment.

But, others believe that God is returning to Earth to prevent Michael (also Ellis) from causing chaos on Earth with his brother Lucifer.

In the first part of Lucifer season 5, Michael was trying to get revenge on Lucifer and Amenadiel for abandoning him in Hell. So they decided to join forces to face it.

Henderson revealed that episode nine, titled “Family Dinner” or “Family Dinner,” will feature the longest single scene from the Lucifer show to date, with a sequence of 11 minutes and 27 seconds in length.

‘Birds of Prey’ and Batman Connect? This is The Post-Credit Scene