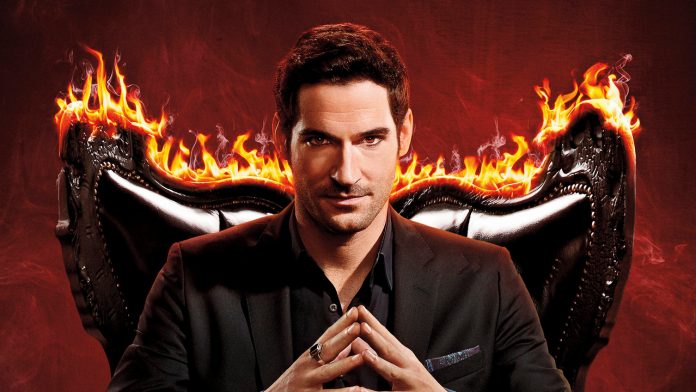 Lucifer series is getting ready to say goodbye. The date of the final season of the popular Netflix production Lucifer has been announced with the new trailer released.

Lucifer series is preparing to say goodbye to the world of television. It has become clear when the final season of the production, which has increased in popularity with Netflix, will be released. The company that made the announcement with the trailer gave the sad news to its fans.

The final of the production, which broke records and settled on the agenda with its fifth season, has already been a matter of curiosity. Netflix will kick off Lucifer farewell on September 10. In the last season of the series, which will be broadcast on the platform, it is expected that there will be references to the old episodes.

The newly released trailer of the series also includes some small details. The video, which refers to the first episode of the series, also contains information about what Lucifer has to offer. The series, which started its broadcasting life with FOX, was canceled because it could not give what was expected as you know. However, the increasing reactions on social media, especially the lead role of Tom Ellis, managed to transfer the series to Netflix.

Transferring his views after the trailer, Tom Ellis announced that an impressive season is waiting for the fans. The famous actor continued his words as follows:

We show a lot of detail in our trailers and we like it. We want people to talk about the Lucifer. But this season is the finale. That’s why we aim to keep what we have. This is the last season where we will reveal our secrets and have the opportunity to surprise the audience.

The producer of the Lucifer, Joe Henderson, also stated that some events since the previous season will conclude. The production, whose popularity is increasing gradually, also left behind important records with its fifth season.

The series, whose rating rates were shared, reached 1.8 billion minutes of views. The farewell of Lucifer, who managed to become one of the most viewed series of 2021, at this very point, upset the fans.

Starring Tom Ellis (Lucifer), Lauren German (Chole Decker) and Lesley-Ann Brandt (Mazikeen), the script is written by Tom Kapinos. The production, which will be directed by Len Wiseman, will focus on Lucifer life in the Los Angeles Police Department in the last season. We can say that we have passed the countdown for the series, which is expected to visit previous seasons.

What do you expect from the final season of Lucifer? Do not forget to share your views with us.

The Bold Type: All About Season 5 Finale of the Series...