Home Entertainment Lucifer season 5: why is the devil coming back to Earth?

In the rest of the Lucifer episodes, fans wonder if he will stay on Earth with the Detective or if he will join his father.

Lucifer season 5 is fast approaching. And fans are dying of impatience to hear about the next adventures of the devil who is about to return to Earth.

This is the Netflix series that everyone has been waiting for for months. Part 2 of season 5 should soon arrive on our screens. And it must be said that the fans are wondering what she has in store for us.

Indeed, the first part was rich in emotion. In 8 episodes a lot has happened. Lucifer returned to Earth after ruling the underworld for a long time.

But it is when he learns that someone is pretending to be him that he decides to come back to Earth. So the public got to know Lucifer’s alter ego. His evil brother Michael.

He also took the opportunity to spend some time with the Detective. But nothing escapes him. Indeed, she quickly realized that something was wrong. And that this was not the real Lucifer she knows.

The two then reunited and confessed their feelings to each other. Which delighted the fans who had been waiting for this for 5 seasons.

But this romance may well end sooner than expected if Lucifer decides to leave Earth again.

LUCIFER WILL STAY ON EARTH WITH THE DETECTIVE?

Indeed, at the end of part 1, nothing goes as planned. Maze allies with Michael to face Lucifer and Amenadiel who then engage in a merciless fight. Lucifer and his evil twin then fight a duel. But God, their father, decides to intervene to separate them.

A fan-made video was posted on Twitter. It shows the images of the first part with previously unseen sequences. In this Part 2 teaser, God says an important phrase to his son. With his hand on his shoulder, he announces to her: “I have come to ask you something”.

In the video Chloe seems to be looking for Lucifer but in vain. He and his heavenly friends are all gone. They may not have returned to Hell, but one thing is certain they are no longer on Earth.

With 8 more episodes and soon a season 6, Lucifer has not finished surprising us. And it’s the show’s producer who confirms this theory. Mike Costa explains: “the best is yet to come”.

He also reassures fans by saying: “We have already answered a lot of questions that fans have been asking since the start of the series. But they will have all the answers in the next episodes ”.

It remains to be seen whether Lucifer will stay on Earth with the Detective or not. To be continued in the next episode. 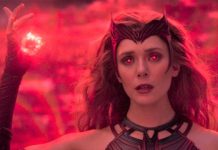 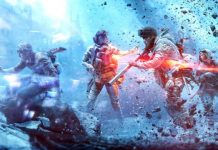 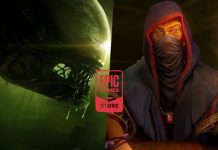 Alien Isolation, among the free games on the Epic Games Store; how to download it on pc