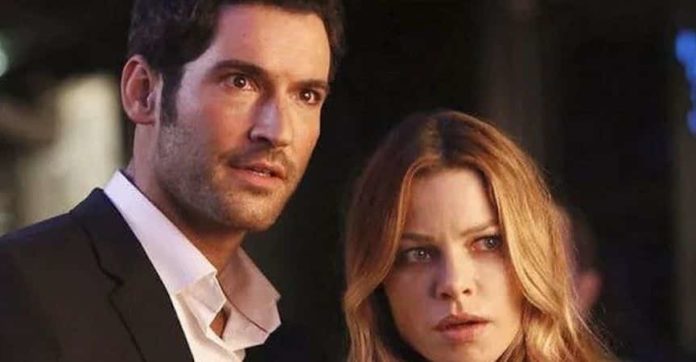 Netflix has just set fire to the Web by teasing the upcoming release of season 5 of the Lucifer series. A date will be given soon.

Good news for Lucifer fans ! Netflix has just set the Web on fire. The platform indicates that season 5 of the famous series should be released very soon!

Lucifer made a hit in 2019. Indeed, many were the fans to throw themselves on the episodes in order to follow the adventures of the famous devil and his charming teammate.

Unfortunately, netizens were disappointed to learn that season 5 would be the last. But given the success of the series, the producers had finally made the decision to continue the show!

In fact, Tom Ellis did not hesitate a second. He jumped at the opportunity to don his elegant suit again! Announced for spring 2020, season 5 does not yet have a broadcast date.

But the Netflix platform has just set fire to the powder with yet another post on social networks. Yesterday, she announced ” Do you feel the flames of Hell?” Lucifer season 5 is coming soon… (promised, we’ll give a date). ”

SEASON 5 OF LUCIFER SHOULD BE HERE SOON!
The news quickly made the buzz! Indeed, it occurs 1 month before the anniversary of season 4. Or 666 hours before the possible broadcast.

A coincidence that still seems very calculated! A master stroke for production . In fact, Lucifer fans have the right to wonder if season 5 would be released on May 8!

In any case, Internet users already seem to be impatiently awaiting the new adventures of Lucifer Morningstar and Chloe Decker.

See Also
Netflix: Free movies you can watch without registering

The last season should therefore have 16 episodes which will be divided into two parts. All of this for the sole purpose of making fans’ pleasure last a little longer!

While the confinement will surely continue, this would be very good news! To be continued…

6 series similar to The Society to see after cancellation