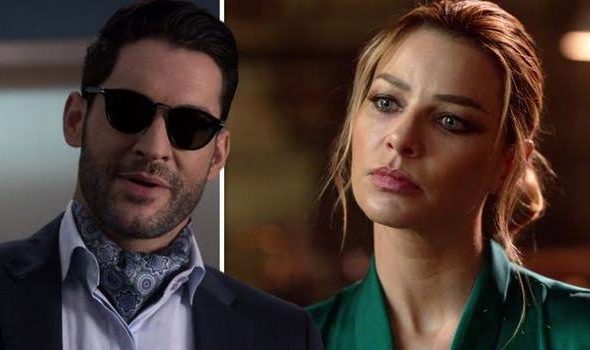 Lucifer season 5: Lauren German weighs on the future of Chloe! Lucifer season 5 is in full preparation. Chloe may well be heartbroken at the beginning of the new season!

Lucifer Season 5 is in full preparation and is expected to arrive soon. Chloe may be in pain at the beginning of this new season. Attention, the article contains spoilers!

Lucifer fans are looking forward to seeing the devil for season 5. However, this upcoming season will mark the end of the character’s story as well as that of Chloe. As a result, fans have to prepare to say goodbye and that promises to be complicated. Indeed, everyone hopes that Chloe and the devil will have a good ending in the series.

For the last season, Netflix plans to upload 16 episodes and season 5 will be cut in two parts. Thus, fans will be able to savor quietly the next episodes. But then, what will happen to Chloe for the rest of the series? As a reminder, Lucifer broke his heart by going underground because he realized that his love for her could hurt humans …

LUCIFER: CHLOE, VERY SAD AT THE BEGINNING OF SEASON 5
Chloe is not going to be in top form at the start of Lucifer Season 5. Indeed, it could be that she is sad by the departure of her partner. Nevertheless, the young woman will be strong against her family and she will get a little closer to Maze! “Season 5 resumes and Chloe is heartbroken but she tries to play it pretty cool with Maze. They go out, drink a lot and dance. But also, Maze helps her as a bounty hunter. Said Lauren German for ET.

Thus, this beginning of season Lucifer looks sad for Chloe and she will feel lost without the devil at his side. In addition, she will believe that the devil will never come back to Earth and she will have to face her grief. “Chloe has no idea where Lucifer is. She is heartbroken but does not know how to show it. She knows Lucifer is gone but do not think he’ll ever come back. Said the actress. Fortunately, Chloe will not have to worry too much. In fact, Aménadiel’s brother will have to return to Earth for a special mission!

thanks to the lucifans, #lucifer's story will come to an end the way it should: the fifth and final season is coming to @netflix.

Jennifer Aniston: The Things She Loves To Do Off The Set!

EXO’s Sehun Debuts His TikTok Account With This Video