Home Tech Lucid CEO Announces Its Competitors Are Not Tesla 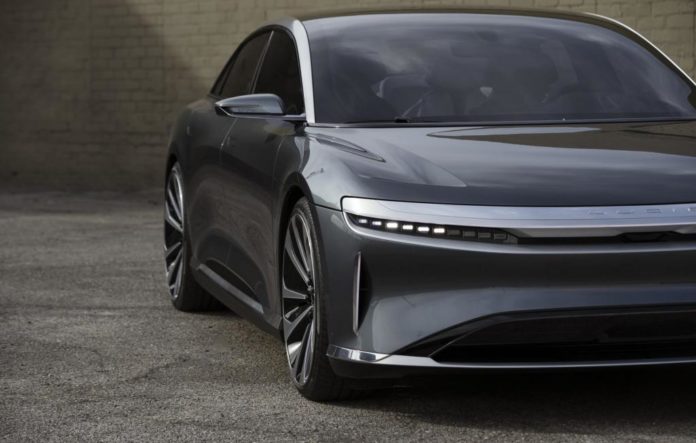 Lucid is preparing to announce the luxury electric vehicle Lucid Air in April next. Peter Rawlinson, CEO of Lucid, who will manufacture Lucid Air, announced that they are targeting luxury car enthusiasts, not Tesla’s customers.

The company’s adventure is actually older than known. The Lucid company was founded in 2007. The company prepared and exhibited the first Lucid Air prototype 9 years after its foundation. With this prototype, Lucid received $ 1 billion in investment from the Saudi Arabian Public Investment Fund in 2018. Lucid will now start producing the luxury sedan Lucid Air by the end of 2020. The company plans to produce 20,000 vehicles in the first batch.

Lucid is very ambitious about Lucid Air. Peter Rawlinson, who is the company’s CEO and CTO, comes with serious Tesla automobile experience. Rawlinson served as vice president of engineering at Tesla for three years.

Rawlinson now heads the team behind the ambitious Lucid Air. Rawlinson says Lucid Air will have a range of 645 km. The Tesla Model S has been able to approach this ambitious range of Lucid Air with only 627 kilometers so far.

Lucid company supplied batteries for all cars in the last five seasons of the electric car racing series Formula E, which started in 2014. The company will continue to supply batteries for all Formula E vehicles, likewise next season. Until a few years ago, the batteries produced by the company could only last until half the race. However, as a result of the development studies, the batteries produced by Lucid can now be used throughout the race.

Company CEO Rawlinson says Tesla is not addressing its customers, but for luxury vehicle enthusiasts using the Mercedes S-Class. Lucid, however, seems not to be standing here. The company claims that they will work for a cheaper and more agile low-range model in the future. For now, however, they’re spending all their energy for luxury Lucid Air.

It Is Known Exactly On Which Phone We Will See A...