Home Celebrity Luann de Lesseps from RHONY is “very happy” about the split into... 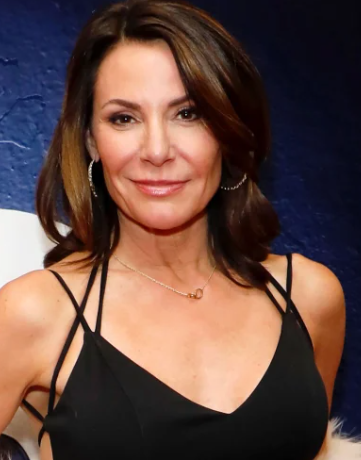 Sign it! Luann de Lesseps was as shocked as everyone else that The Real Housewives of New York turned into two shows, but she’s ready to hold an apple again if Andy Cohen lets her.

Earlier this month, the 53-year-old Bravo executive announced that RHONY would be split into two different shows in the future. There will be a reboot of the original RHONY franchise with a new cast, as well as an additional show currently called RHONY: Legacy. This series will focus on women who have appeared in previous seasons of the show, but no cast has yet been confirmed.

Luann, for her part, said she felt “complete surprise” when she heard the news. “I didn’t expect this, but when I found out about it, I was very happy about it,” she told Us. “I’m thrilled that they brought back the cast of OG because you can’t put a square peg in a round hole. I say this because sometimes you bring new girls and they don’t really fit into your group, and I think it’s awkward.”

The 13th season of RHONY, which aired last year, introduced new actor Ebony K. Williams and “friend” Bershan Shaw, and relative newcomer Leah McSweeney returned for a second season. After several delays, the reunion was canceled in September 2021, and later news broke that Bravo was investigating alleged racism on set after 38-year-old Ebony filed a complaint against Ramona Singer.

“A brand new cast and cast of OG is the perfect solution,” the author of “Class with the Countess” continued. “I feel like they figured it out after seeing how well Ultimate Girls Trip works and how much fans and people enjoyed watching the OG from each franchise together.”

Cohen thoughtfully noted that no casting decisions have been made for any of the RHONY iterations, but if he wants Luann back, she is ready to comply.

“If they bring me back, I’m totally on board because I think it’s a lot of fun to be back with all our old friends,” she told Us, adding that her dream line—up includes former housewives Jill Zarin and Kelly. Bensimon.

While Bravo fans are waiting for new RHONY news, the “Money Can’t Buy You Class” singer is preparing for the next round of her Countess Cabaret shows. The last leg of the tour starts in Ridgefield, Connecticut, on April 16.

“[It’s] a brand new show,” the “Girl Code” singer told us. “In the past, I invited more guests to my show, and now it’s all me.” The reality star also noted that this time she “will perform more pop songs,” including her new song “F Bombs on the G”. (The song premiered after the first season of Ultimate Girls Trip.)

The Connecticut native is also promoting the NFT she created in collaboration with Fanaply. The proceeds from the sale of the NFT, which depicts Luann in the image of Marilyn Monroe, will go to the charity The Helping Angels, dedicated to meeting the needs of women, children and the elderly.

“I was excited. I thought, “First of all, I’ve never been to NFT,” the “Chic C’est la Vie” singer explained. “I think there’s a little bit of Marilyn Monroe in everyone. Especially me, because I love performing.”

Luann’s former colleague Dorinda Medley is also involved in the project along with Jenn Lyon, Sophie Sumner and Lana Ogilvy. “I think this is the way to the future,” the Ultimate Girls Trip graduate added about NFT. “There are so many wonderful women involved in the project, and I am very proud to be a part of it.”

Starting on Thursday, March 31, at 10:00 am ET, fans can visit this website to buy or bet on the very first issue of this NFT collection. These are the first NFTs for photographer Ezequiel De La Rosa, as well as Luann, Dorinda, Jenn, Lana and Sophie.

Kim Kardashian reveals an adorable photo of Chicago and Psalm!

Emily Ratajkowski shows off her breast in mini bikini on!