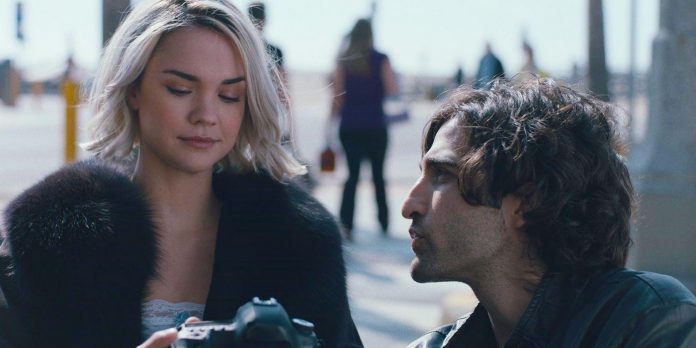 Screen Rant is happy to present the first look at the trailer of the upcoming movie There is no exit, which is due to be released on August 12 by Vertical Entertainment. This action movie, directed by Azi Rahman as the directorial debut in a feature film, tells about a passionate love in Los Angeles that quickly goes awry amid the drugs and violence surrounding it.

Maya Mitchell (popular for her starring role in The Fosters) plays Tessa, a freedom-loving person from the world of high fashion, and Joey Bicicchi (who starred in the film “The Tin Soldier” with Robert De Niro and Jamie Foxx) plays Nick, a talented photographer who falls in love with her and quickly plunges into her life. They say that life is more dangerous than it seems at first glance, and their romance is fueled by sex, drugs and the temptation of unrestrained adoration. When Tessa asks Nick for the impossible, the two lovers embark on a path of revenge and destruction, from which there seems to be no way out.

In Screen Rant’s exclusive first look at the “No Way Our” trailer below, viewers primarily turn to the cute encounter between Tessa and Nick, which can easily be mistaken for a cute romcom. But as soon as they went through a lot of adventures, comedies and epic kisses together, everything changed quickly. Strange people lurking around mean a premonition of a change of pace as Tessa begs Nick to kill the terrifying strangers.

A sudden change in tone and music accompanies Nick’s desperate attempts to fulfill his promise to protect Tessa, while he loses control of reality. What follows is a bloody, exhilarating roller coaster ride that threatens to destroy everyone in its path.

The cast of “There is No Way Out” also includes Guy Burnett (Oppenheimer), Ashley Nicole Williams (Homeland: Fort Salem), Kathleen Pippi (9-1-1: Lone Star) and Ronnie Jean Blevins (Emancipation). No Way Out is written and produced by Keith Kjarwal of Unified Pictures, with Ben Ruffman serving as executive producer and Peter Mosiman as cinematographer.

Other recent releases from Vertical Entertainment include this year’s adventure comedy “Shutdown” starring Eva Longoria and Matt Walsh; the action movie A Day To Die starring Bruce Willis; the comedy “Reservoir” and the recent thriller “Gone by Night” directed by Winona Ryder. Soon they will release Emily the Criminal with Aubrey Plaza and Theo Rossi in the lead roles, as well as Alice with Keke Palmer, Common and Johnny Lee Miller.

Vanderpump Rules’ Sheana Shay is getting Married to Brock Davis Next...