Home Entertainment Love & Zeus Twist Thunder is Even Better for Hercules Than You... 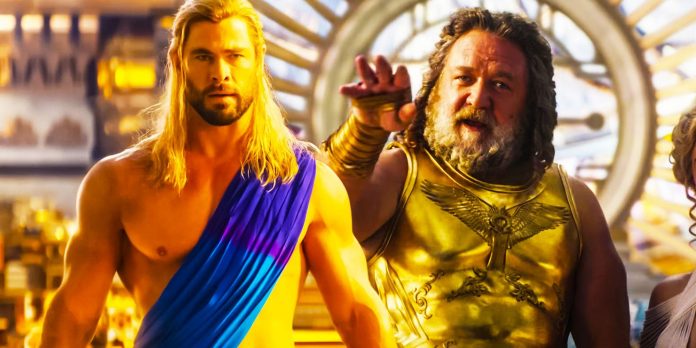 Attention: spoilers for the movie “Thor: Love and Thunder”

Zeus’ turn in “Thor: Love and Thunder” is a great sign of Hercules’ potential in the MCU. In an amazing moment, Thor seemingly killed the almighty Zeus during their confrontation in the Almighty City. However, a scene in the middle credits of the film confirmed that although God was severely injured, he managed to survive the collision.

Now Thor is under the false assumption that the leader of the Greek pantheon died at his hands. Most likely, he will have a chance to find out the truth about the survival of Zeus when the MCU begins its story about Hercules. Performed by Brett Goldstein, Marvel’s live interpretation of the Lion of Olympus was sent on a mission to destroy the God of Thunder. Since the character has a reputation as the main member of the Avengers and has never been classified as a villain, it is expected that the upcoming clash of Thor and Hercules will not end with one killing the other. Presumably, they will put aside their differences, thereby paving the way for Hercules to become an Avenger at some point.

The best possible story Marvel could have told about Hercules in the MCU was almost ruined before it even had a chance to begin. Zeus’ death would prevent Marvel from offering a proper adaptation of the comic story of Hercules and Thor, so Zeus’ turn in the film is good for his character. In the comics, the two gods have a fun and competitive rivalry that goes back decades. They have never been portrayed as bitter enemies, but that’s exactly what they would have been if Thor: Love and Thunder had not retreated from the death of Zeus. Hercules trying to get revenge on his father’s killer in “Thor 5” would prevent Marvel from paying tribute to their rivalry.

Thor’s battle with Hercules should be intense, brutal and at the same time funny. This is because their conflicts in the comics are based on their ego, not hatred. Both gods, who are considered one of the most powerful characters in the Marvel universe, are always trying to surpass each other, and neither of the heroes is willing to admit that the other is stronger. This, as well as the quarrels caused by their clash of personalities, make the constant battles of Hercules and Thor both fun and exciting. By keeping Zeus alive, Marvel paved the way for Marvel to stay true to its comic rivalry.

A big part of what makes Hercules special is the lighthearted tone of the character and his stories. A vengeful look at Hercules in “Thor 5” would not have been able to capture these elements, but the film avoided this mistake with its future. Instead, what Marvel put into action in Thor: Love and Thunder is the foundation Marvel had to get right with the Prince of Power.