Home Entertainment Love on the US Spectrum: Are Dbms and Rachel still together? 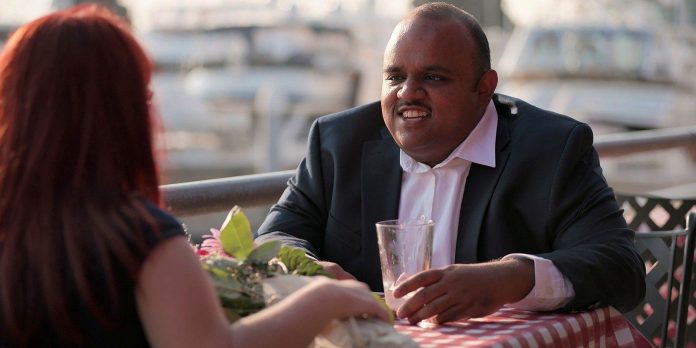 The Love On The Spectrum American star Subodh Garg has found a partner in Rachel Osterbach, and fans are curious about how their relationship is now. Filming of the American version ended in the summer of 2021, and fans want to know if they will still be together in 2022. “Love on the Spectrum” tells about a group of six people with autism who go to the world of dating. The episode was first presented to the audience in the 2nd episode of the show. The 33-year-old man mentioned that he had never been on a date and was delighted with the experience.

Subodh told the audience that he was looking for a long-term partner to travel the world. Love On The Spectrum introduced him to Rachel, a reality TV star who was featured on the A&E channel Born This Way. They were brought together by their love of cooking and cinema. They went on a couple of dates, and by the end of the series, Subodh made it official by asking “Love on the Spectrum” star Rachel to be his girlfriend. Netflix confirmed at the end of the series that they are still together and are looking forward to traveling together.

Subod’s sister, Artie Garg, told fans about the new couple via AMA (Ask Me Anything) on Reddit. Aarti said in a statement, “Subodh and Rachel are gaining strength and they are happy!” One Reddit user asked Subodh what he liked most about Rachel, to which he replied, “I like spending time with her. I like that she’s sweet, sweet and sweet.” Although the two live close to each other, Subodh and Rachel try to meet at least once a week. The couple’s favorite Love On The Spectrum dating spots include movies, dinner and the beach.

Subod also talked about how his life changed after meeting Rachel, saying, “It took a lot of trying to meet someone, but now I can meet my future partner. Now I have dreams about the future.” Subod told fans that his dream in life is marriage, and Sweden will be his first stop on his round—the-world honeymoon. His family said that they had previously offered him to choose a marriage of convenience, but Subodh refused. Subod mentioned that he and Rachel have no concrete plans for a future together. They are happy with the current stage of their relationship.

The couple has not traveled together yet, but plans to do so in the near future. The stars of the series “Love on the Spectrum” will go to Las Vegas in December. They also plan to meet their reality show co-stars Abby and David soon. Overall, Subodh is happy to be on the show and is even ready to return for a second season. Netflix has yet to announce whether there will be another season of the show. However, there are rumors that the second season is in development, and it will feature only LGBTQ+ couples.