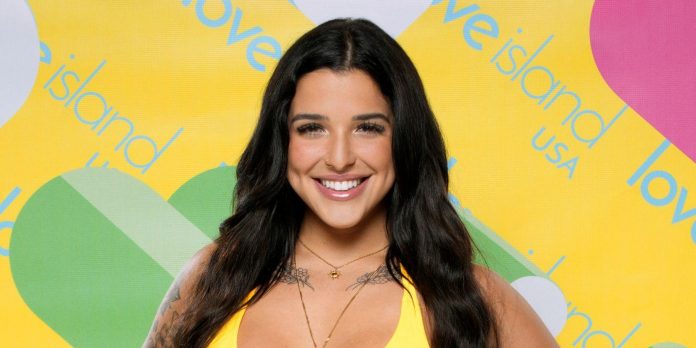 On love island in the USA, there is not only the sun and a bikini, as contestant Valerie Bragg said that one of the islanders made her cry. Valerie was eliminated from the reality dating competition show at the end of episode 6 after she failed to connect with one of the male islanders. The contestant from Costa Rica arrived on the island at the end of the second episode along with Madi McLanahan, who is currently dating Isaiah Campbell. She quickly established a connection with Jesse Bray, and when it came time to choose a partner, she followed her heart and chose Jesse, leaving Deb Chubb alone and alone in her bed.

The Love Island contestant thought everything was going well between her and Jesse, but she soon found out that her partner was saying the same flirtatious things to Deb that he was saying to her. When Jesse confessed that he still had feelings for Deb, Valerie had no desire to fight for his love. Instead, she quickly moved on to Tyler Radziszewski, who arrived at the Love Island villa during episode 4. Unfortunately, Tyler was also getting to know Serenity Springs. During the reunion on Love Island USA, Jesse chose Deb, and Tyler chose Serenity, sending Valerie on the first boat back to Florida.

What fans of Love Island could not see was the moment when one of the participants brought Valerie to tears. The former islander was a guest on the After The Island podcast hosted by the winner of the first season of Love Island USA Elizabeth Weber and runner-up Alex Stewart, where she told fans about the vulnerable incident. A confident participant told the hosts, “I really had a situation with a girl that made me cry.” Valerie said that the participant of the show was quite rude to her, and because the situation was so overwhelming, she burst into tears.

Unfortunately for the curious fans of Love Island, Valerie did not name names, but based on which guys the islander was interested in, fans could guess who the evil girl was. Fortunately, Valerie had a close bond with Madi and Sydney on the island, and the latter protected her when the incident occurred. Fans may find this surprising, as Sydney wasn’t too happy about Valerie getting close to her partner Isaiah. Unfortunately, Valerie said the confrontation affected her mood for the rest of her time on the show. “I just didn’t feel wanted anymore,” she admitted.

Valerie arrived having established connections with most of the men on the island, so the nameless islander could have been anyone. The participant of “Love Island” also admitted that she had connections with Timmy and Felipe. Judging by Zeta’s reaction to Timmy’s flirting with other girls in the last episode, it’s possible that it was she who broke Valerie. However, it is unfair to assign responsibility for the incident to one of the participants, so any theories are just speculation. After all, the competitive nature of Love Island can make anyone go after someone they consider a rival. Although Valerie may not have gotten very far on Love Island in the USA, at least she is free from the toxic environment in the villa.

The Incredible Hulk 2, How Could It Have Been? This Was...