Home Entertainment Love Island, UK, Season 1: Which couples are still together (and which... 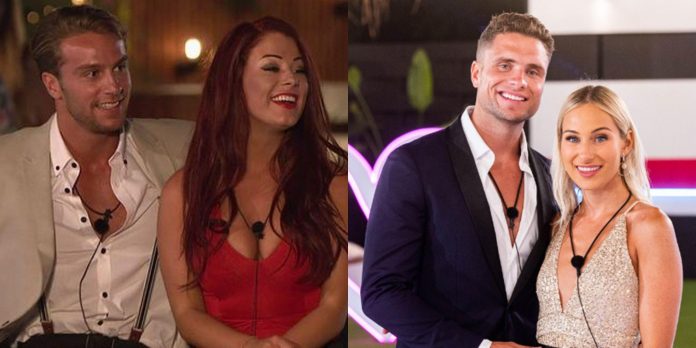 Currently, the eighth season is being broadcast on Love Island in the UK, which enjoys another success with fans. The dating show revolves around a group of young people living in a villa in Majorca who have no contact with the outside world during their stay. While staying at the villa, the islanders strive to connect with each other in order to find love and eventually be named the best and winning couple of the season.

The popularity of the reality TV competition series has increased since its first airing. Although there has been a lot of controversy around the show from time to time, it has spawned many memorable couples, some of whom actually stayed together and had a great career, while most other couples were not so lucky. Years after the premiere of the series, fans may be wondering which couples from the islanders of the first season of “Love Island” are still together, if any.

Daniel and Chris B.

Chris Baxter and Danielle Pine have spent the last week together at the villa. Chris came in on day 11 and left a week later. Danielle has been part of the band since the beginning, where she worked alongside Chris V. before moving on to Louis and then finally to Chris B.

The pair took 14th place in the series. Chris used a more gentlemanly approach to impress the girl than the other boys in the villa. Shortly after leaving the villa, Danielle admitted that she had stronger feelings for Luis than for Chris, which led to the quick conclusion of a short romance.

Chris Williamson and Zoe Basia Brown reunited in the third week of the show. Before that, they were both involved with two different people: Chris with Danielle and Lauren, and Zoey was involved with Louis and Jordan.

Zoey later reunited with Jordan, resulting in Chris V. being dumped at the end of the third week. Chris is now a model and club promoter. Since appearing on the show, Chris has revealed many things that future Love Island stars should know about the series, stating that the clock shows the wrong time, group dinners that never show, and warnings for conversations on certain topics.

Rachel Christie and Omar Sultani connected at the beginning of the show. Rachel is a former athlete and former Miss Black England. However, in 2009 Rachel had to give up her title of “Miss Black England” because of a night fight with Miss Manchester.

The couple stayed together for two weeks before Rachel left the show on day 14 and Omar reunited again. Since appearing at the villa, Rachel has been very outspoken about the lack of diversity in the show, something that has improved but is still a source of great controversy with fans.

There is an unpopular opinion about Love Island that the first season is underrated, mainly because of interesting characters like Omar. Omar’s Bio Twitter readers “were once on television,” which is a confirmation that his TV days are behind him. Omar left the villa on the 21st day after he was dumped, and Jess reunited and eventually won the show with Max.

Daisy Muller entered the villa on the 12th day and went on a date with three boys, Chris V., Omar and Jordan, the latter she subsequently met. Since appearing on the show, Daisy has continued her modeling career and has become an influential vegan, sharing recipes and photos on her Instagram account.

Daisy was kicked out of the villa just a week after all the boys voted for her to leave. This meant that she quickly broke up with Jordan, who had achieved great success in the show. Daisy was involved in a love triangle with Jordan and Zoey, and after her departure she had very few kind words about the couple.

John Clark and Hannah Elizabeth took second place in the series. They connected in the very first week of the show and stayed together throughout their stay at the villa. They even got engaged during the show.

Despite the fact that they are considered one of the best couples in the history of Love Island, the engagement did not last long, and a few months after the show they broke up. Hannah has made a career as a model and owns a crystal treatment business. According to Closer, John continued his career as a reality TV star, starring in “The Only Way Is Essex”.

East London resident Lauren Richardson teamed up with Josh Ritchie from Bolton, and the pair took third place together.

Final Fantasy XIV Endwalker Will Be Much Bigger Than Shadowbringers, According...