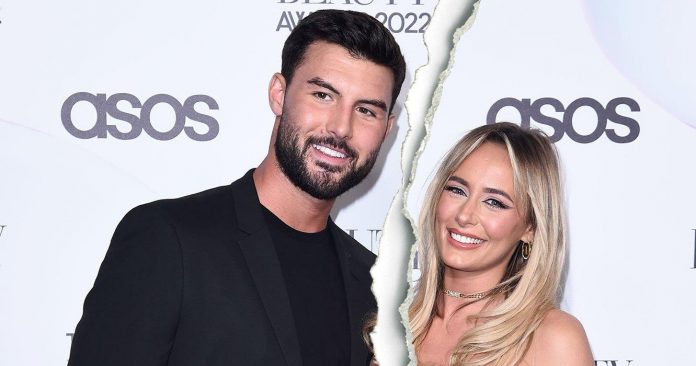 “Hi everyone, to avoid any speculation, Liam and I wanted to share with you that we broke up,” Millie, 25, wrote in her Instagram story on Wednesday, July 13. what’s best for us now. Thank you to each of you for supporting our relationship.”

The British reality star continued: “Nothing will ever take away from the amazing experience we shared on Love Island and last year, and I wish Liam all the best in everything he does. We’re both ready for new chapters, and I’m looking forward to what comes next. Love, Millie.”

Love Island couples in the UK are still together: where are they now?

22-year-old Liam addressed the breakup with a similar statement. “Honestly, so gutted,” he captioned Storis on Instagram. “But thank you to each of you for supporting our relationship. … We will both continue to be friends and I will remain Millie’s biggest supporter in everything she does and I know she will always do amazing. …Once again, I just want to thank all of you for your support on this incredible journey.”

Now the exes met during the 7th season of the British reality dating series, which aired from June to August 2021. At the end of the trip, Millie and Liam, who entered the villa late, became a beloved couple. Chloe Burrows and Toby Aromolaran took second place.

After the victory, Millie and Liam talked about transferring their relationship to the real world and how they planned to share the prize money. “I came there for love, and that’s what I got,” Millie said during an appearance in August 2021 on the British show This Morning. “Of course I was going to share [the money] with Liam.”

Couples who survived the curse of reality TV (for now)

Although they happily ended the season together, their journey was fraught with several bumps on the road, including a collision after Casa Amore. “I had very strong feelings for Liam before he left for Casa Amore. … We were together all day, every day,” Millie recalled. “Before we knew it, he was making cute gestures, and I thought:”Okay, let’s do it.” I knew that what we had was real.”

After leaving the series, the former couple documented their romance on social media, giving fans an idea of how they spent time outside the villa. “I want to congratulate my Gorgeous, kind and loving friend on a huge birthday,” Liam signed a sweet tribute on Instagram in December 2021. “You have constant laughter every day, and I wouldn’t change for anything in the world. It’s been a crazy year that I never expected, but I’m so grateful for it all. I can’t wait to spend 2021 with you on our holiday, and I’m looking forward to 2022. I love you 🖤🥳”.

Before announcing her breakup, Millie last shared a picture with her boyfriend in June. “I wish we could be in the sun again,” Liam then commented on a selfie with a kiss in the sun.

The Matrix Resurrections Shares A Revealing New Trailer Behind The Scenes