Home Entertainment Love Island fans in the US are upset with Zeta’s attitude towards... 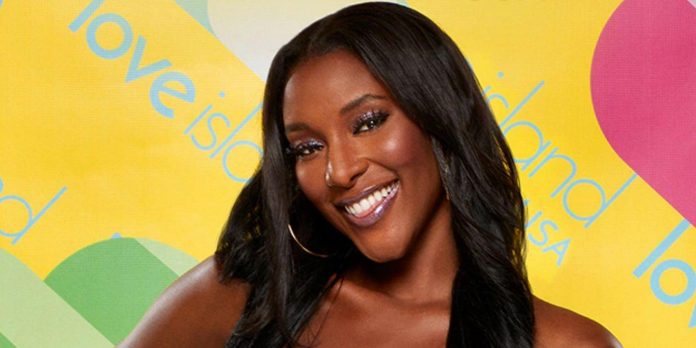 Clearly, Zeta Morrison still has feelings for Timmy Pandolfi, but fans of Love Island in the USA do not give her any favors for the way she treated his partner Bria Bryant and her partner Jeff Christian Jr. There was a lot of drama in the movie. The villa revolves around couples such as Sidney Pate and Isaiah Campbell, as well as Deb Chubb and Jesse Bray. However, fans were confident that Zeta and Timmy would remain drama-free from the season premiere to the finale. Unfortunately, their intuition was turned off, and although the couple had been together since the first episode, things went wrong when siblings Bria and Chazz arrived at the villa.

Suddenly, Zeta’s confidence in Love Island began to fade, especially when Chazz decided to unite his sister with Timmy, leaving Zeta alone. When Jeff arrived at the villa, he and Zeta quickly made contact. When it was time to reunite, Zeta decided to give Jeff a chance by letting Bria partner with Timmy again. However, she made no effort to hide her feelings for Timmy, and spent a recent episode making snide remarks about Bree and treating Jeff as a last resort. Jeff was patient with his partner, but during the doubles game, when Timmy chose Zeta as an islander, in addition to Bria, with whom he would like to be paired, Jeff seemed tired of the love square.

Fans who were previously on the side of Zeta, and not on the side of Timmy and Bria, believe that the participant of the contest “Love Island” showed a very disrespectful attitude, and this pushes them away from their former beloved islander. Reddit user Successful_Carry9127 called Zeta’s behavior “low for her” and admitted: “This is really starting to change my attitude towards her.” The fan also said that she is not a fan of Bria and Timmy, but she still does not like how Zeta treats Timmy’s partner. Other fans noted that Zeta should direct her anger not at Bria, but at Timmy, since he is responsible for causing her harm.

Fans of Love Island also sympathized with Jeff. The islander was happy to meet Zeta, but was not going to get involved in her drama with Timmy. “She directly used Jeff and didn’t even try to hide it during the trial. Very disappointed in her!” one fan wrote. Fans also found Zeta’s attitude childish, and since she is linked to Timmy as the oldest Islander after Felipe Gomes was eliminated, they expect her to become more mature.

While Zeta is with Jeff, he may not stay for long if she continues to miss Timmy. Fans of Love Island, of course, are not going to stay with her any longer if she continues to harass Bria and show disrespect to Jeff. Maybe she and Timmy will find their way to each other, and Bree and Jeff will have a chance to get to know each other better. Fans of Love Island in the USA really sympathize with Zeta, but they hope that by the next episode she will change her attitude before she is kicked out of the villa.