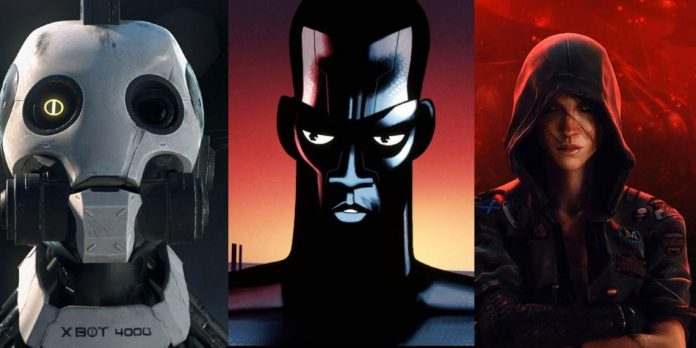 Now that the 3rd season of Netflix’s “Love, Death and Robots” has been released with 9 new standalone animated stories that can be added to the much-loved anthology series, it’s important to remember how brilliant the characters from past episodes were. The various animation styles in the series and the use of several genres of science fiction, fantasy and horror enhance the mundane themes and realistic characteristics that are phenomenal in each episode.

While the 3rd season of “Love, Death and Robots” has a 100 percent rating on Rotten Tomatoes, the 1st and 2nd seasons with a lower rating are also loved by fans. They adore an incredible array of amazing characters of different origins, personalities, and even species. Each episode features characters with intricate backstories, ambiguous morals, and fascinating (but often frightening) personalities who help them survive dangerous adventures.

“Sonny’s Edge” is the first episode of the cult animated adult show from Netflix, which does everything possible to present London as a dystopia where people fight battles with remotely controlled bioengineered monsters. In the last moments, it turns out that because of the attack, as a result of which she was more or less dead, her consciousness is inside her Beast. This revelation puts her battles in perspective, as she doesn’t use an avatar like her opponents, she fights and risks her life.

Incredibly brave, Sonny is a fighter through and through as she administers justice against terrible men. Every time she fights, she fights for her life and metaphorically destroys the men who attacked her. Winning money with dignity, Sonny turns out to be a vigilante in disguise.

Detective Briggs is a haunted man doing a terrible job of killing children. He lives in an overpopulated dystopian society where people have gained biological immortality, so the birth of children is prohibited. While the “breeders” are being persecuted, their children are being destroyed, and here Briggs comes into play.

It’s a hard life and hard work that affects Briggs’ mental state. With a hardened and icy exterior, Briggs is actually a sentimental and sympathetic person who is just trying to survive in a world where everyone lives forever. Although his age is never stated, Briggs’ soul is clearly exhausted to the point that he eventually gives up. He decides to let the child live, and his partner kills for it – but at least he dies knowing that he did the right thing. .

Jan – Have a good hunt

In this hidden gem of Netflix, “Love, Death and Robots” combines Chinese folklore and steampunk. This is embodied by Yang Huli Jing (the shape-shifting fox spirit), who becomes an incredibly powerful cybernetic vigilante after experiencing a traumatic experience.

Yang has a flexible nature that allows her to adapt to the adverse circumstances in which she finds herself. A kind soul, Yang always tries to make the most of a bad situation and finds a way to help others like her, and becomes the avenger of women’s rights in steam punk Hong Kong.

In the terrifying story of being stuck between a rock and an anvil, Alexandria realizes that her courage and willpower know no bounds when her life is in danger. When a stray propeller hits her spacesuit amid a lot of orbital debris, she has only 14 minutes of oxygen left. At first resigned to hopelessness, Alexandria discovers that her will to live has become stronger.

Alexandria’s willfulness and determination shine as she exposes her left forearm to the vacuum of space. With an amazing determination that thrills the audience, Alexandria breaks her arm at the moment of “Hail Mary” to return to the ship. She miraculously survives and, having survived all this horror, is still able to joke. She is undoubtedly one of the most stubborn and courageous characters of the whole show.

A loyal and strong-willed novice pilot, Lieutenant “Cutter” Colby, gets the most unsuccessful landing ship of all, which, despite the fact that it was technically sound, was avoided for superstitious reasons. Returning from the mission with the entire crew miraculously unharmed, Cutter finds himself contacting the machine and learns that the ship’s character is the same as hers – stubborn and loyal.

They are both stubborn and strong characters, working harmoniously together. In the last mission of the ship, Cutter and the audience learn that Lucky 13 is more than just a car — she is an independent character. Lucky 13 self-destructs, but only on his own terms, not by order. Without Lucky 13, Cutter continues and proves that she is a brave leader, a determined pilot and a loyal friend – be it people or ships.

Life After Tombo: documentary about Karol Conká premieres in April