Home News Love Alarm 2 has already been filmed and now we know who... 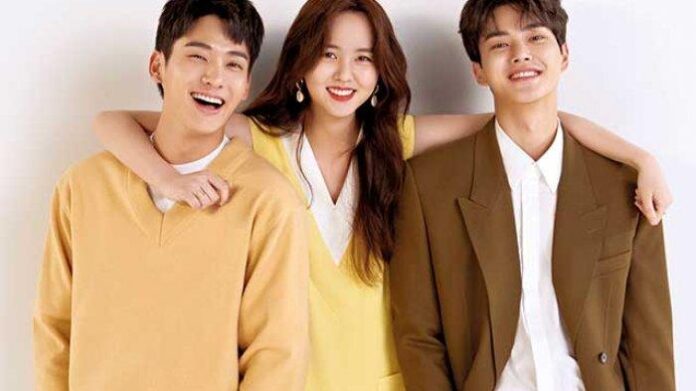 Love Alarm 2 has already been filmed and now we know who Kim Jojo will stay with . Fans of the story wondered if the ending of the webtoon would be honored in the Love Alarm 2 drama.

Recordings for the second season of the hit Netflix drama Love Alarm have come to an end. The staff wanted to capture this emotional moment with a series of photos, but a spoiler came to light, revealing who will get Jojo’s heart at the end of the story.

Although the readers of the webtoon that inspired the Love Alarm drama already knew the end of this story, it was not certain that this drama would stick to that conclusion , especially because of the affection that the public showed for the character of Sun Oh .

As is tradition in Korean dramas and other productions, after a successful project, the cast and staff often pose to remember all participants. Love Alarm 2 was no exception, but in the photos we only see two of the protagonists: Kim So Hyun and Jung Ga Ram .

Everything seems to indicate that Song Kang finished filming his scenes from before, so he was not present at the end of filming. Given this, it has begun to suspect that the end of the webtoon will be respected by the series, so we will see Jojo and Hyejeong continue as a couple until the end.

can't find Sun Oh in this photo, seems like jojo – hyeyeong are really the end game just like on the webtoon

Some more believe that the fact that in some of the photos of the cast of the drama Hye-yeong appears with the cell phone in his hand while smiling is a sign that JoJo was finally able to sound his Love Alarm . What do you think?

If you are looking for a new drama, you should take a look at this recommendation of time travel dramas that cannot be missing from your list.