Home Entertainment Love Alarm 2 comes to Netflix, the end of the story divides... 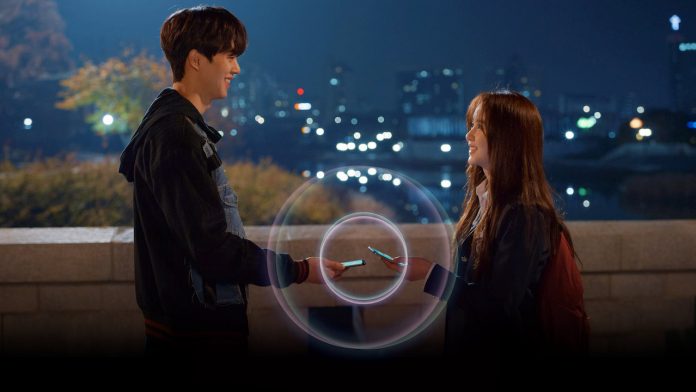 After a long wait, the followers of K-Dramas already know the end of Love Alarm, we will tell you how was the reaction of the audience to the conclusion of this love story.

If you have not yet seen the continuation of this Korean drama, we recommend doing it as soon as possible, since there were many fans who were waiting for this premiere and who now comment on their perceptions about the ending. Love Alarm 2 was full of emotions and although perhaps the surprise factor was not an element in the plot, this series allowed us to see the evolution of the characters.

The drama starring Kim So Hyun, Song Kang, and Jung Ga Ram brought closure to its story, and although the ending was a bit predictable, it also ended the hopes of others. Here’s what we saw at the end of Love Alarm and the reactions of the fans, so you will find some spoilers.

It is not a secret that most of the followers of this series had declared themselves as Team Sunoh and in this new season we saw him approach Kim Jojo again in an attempt to regain his love or discover what happened when they were still students.

Jojo for her part is already in a relationship with Hyeyeong , but she also faces a moment of confusion that makes her a bit insecure about her feelings. We saw all this from the teasers revealed by Netflix and since then it began to speculate if the movie platform was revealing too much about the ending or if it would surprise with an unexpected plot twist.

However, now that the series came to an end, fans couldn’t hide their disappointment at the way Sunoh’s character ends up heartbroken once again.

There had long been suspicions that the ending would show Jojo and Hyeyeong as a happy couple, but hope for Team Sunoh held until the end, only to find that this boy would not regain the love of the female lead.

Over the past few months, we have enjoyed various Korean TV productions that include a love triangle within their story, and the secondary boys have shone brightly due to their great charm.

I've waited 2 years..2 goddam years for Love Alarm s2 just to know that sun-oh is not going to be the endgame…#LoveAlarm2 pic.twitter.com/3VgNNXngny

Although Sunoh was the main actor in the first season of Love Alarm , this time we saw him as a secondary boy who does not achieve his goal of having a relationship with the protagonist.

For that reason, fans of True Beauty, Start Up, and even Who Are You: School 2015 compared the sad ending that the most charming character in each series had during the finale.

Despite this, those who were Team Hyeyeong from the beginning saw their expectations come true during the conclusion of the K-Drama , where a strong point was the closure of some stages and the beginning of new adventures.

Tell us in the comments what you thought of the ending of Love Alarm , if you had changed some details or if you think that any of the characters deserved a different ending.

SECOND LEAD SYNDROME!!!
they are not the main leads but definitely stole the show, welcome to the club Sun Oh #LoveAlarm2 pic.twitter.com/8TYNGzLxgP