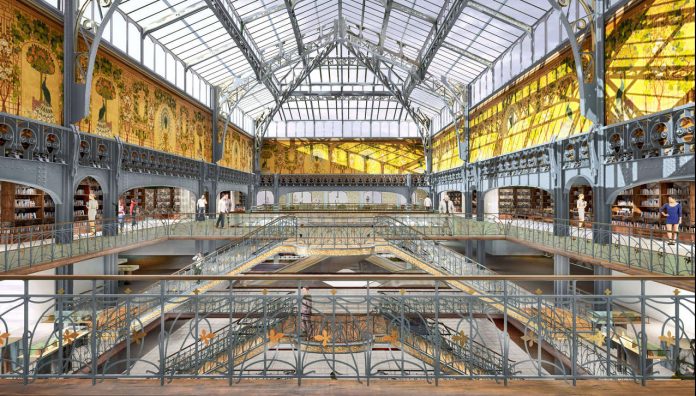 Louis Vuitton Moet Hennesy, the luxury clothing brand whose owner puts the top on the list of the richest people in the world, reopens the doors of the luxury shopping center they had to close in 2005. The Louis Vuitton shopping center called La Samaritaine, located in Paris and appealing only to the ultra-rich, will contain luxurious shops and hotels.

Louis Vuitton is one of the first brands that come to mind when it comes to luxury clothing worldwide. Bernault Arnault, the owner of this brand, which was founded in Paris in 1854, added more value to the company, especially during the pandemic period, and received the title of the World’s Richest Person. This brand, which only appeals to luxury consumption, opened a luxury shopping center at least as much as itself in Paris in 2005, but this shopping center, called La Samaritaine, was closed because the building did not comply with safety rules.

Although many people think that this magnificent shopping center will no longer open, Louis Vuitton has decided to reopen the doors of La Samaritaine. In this shopping center, which will mostly appeal to millionaires and billionaires, there will be a hotel, SPA centers and stores of ultra-luxury brands with a price of 1,280 dollars a night.

Louis Vuitton Moet Hennesy, who will open its doors to the ultra-rich after 16 years, stated that the shopping center will meet its fans on June 16 after completely eliminating the security risks. The building, which will preserve the Art Nouveau style, will create magnificence not only with the products inside, but also with its architectural structure.

According to the statement, the shopping center, which is expected to be visited by millions of people annually, will have stores of more than 600 luxury brands that partner with DFS. Inside the shopping center, there will also be a hotel with a cost of 1,280 dollars a night, SPA salons belonging to the Christian Dior brand and luxury apartments.

Jeff Bezos Is No Longer The Richest Person In The World!