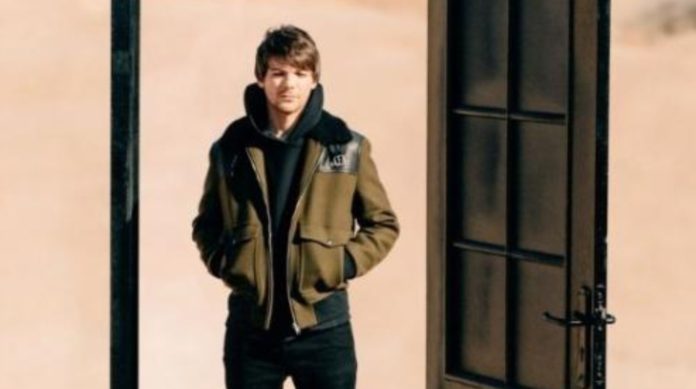 The Briton is 11 days from releasing his debut album.

Louis Tomlinson is ready to make his official solo debut, after several singles released since 2017, the singer has one last surprise prepared for his fans: the official video of the main theme of his album “Walls”

Through social networks, the Briton shared the teaser of his new single “Walls”, which opens tomorrow at 11am, Mexico time. Louis traveled to Morocco to record the music clip, whose lyrics talk about overcoming life’s obstacles.

After the launch of the trailer, the Louies soon created some theories about the elements and scenes that appear in “Walls” and believe that it could be related to the self-discovery of Louis as a person, because they know that he has suffered great losses in his family, “Walls” could also be a metaphor about breaking down his fears or the walls that prevented him from moving forward.

Another of the theories, is that he has been a victim of his own feelings, the singer has repeatedly reiterated that his album will be very autobiographical.

theory: his walls broke down and he was so vulnerable that he became a target of his own feelings pic.twitter.com/7bbzvhzT7K

Another reference is that he looks in front of a mirror, besides the video was filmed in the desert, could it be the conflicts he has had with himself? There is also a door and they think he crosses it to get a kind of “freedom.”

Louis has also referred to one of his favorite bands, Oasis and replied one of the group’s iconic scenes. The Louies can not wait to see the full video and discover what he wanted to express, because he took his time to make his official debut after finding the sound with which he felt comfortable and how to express his feelings with music.

Grey’s Anatomy: How did the plane crash bother?