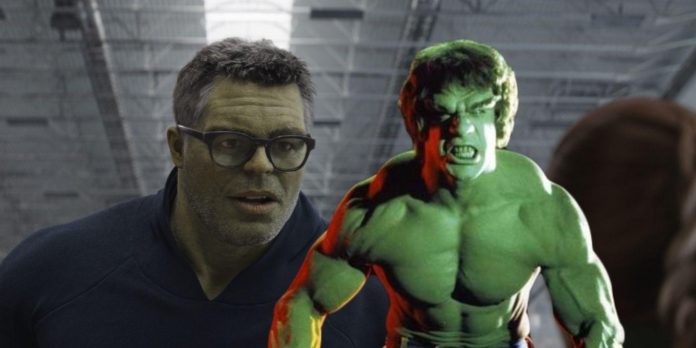 Former Incredible Hulk actor Lou Ferrigno criticizes the computer graphics of the Hulk of the Marvel Cinematic Universe for the lack of rough humanity that only an actor can portray. Long before Mark Ruffalo or Edward Norton played a role in the MCU or even Eric Bana starred in Ang Lee’s 2003 film The Hulk, professional bodybuilder Lou Ferrigno was the first to play the green Goliath in the original series The Incredible Hulk. The show premiered on CBS in 1977 and lasted 5 seasons, followed by 5 made-for-television films featuring other Marvel characters such as Thor and Daredevil.

Ferrigno led the cast of The Incredible Hulk show as the titular green giant along with Bill Bixby, who in this version played his meek alter ego named David Bruce Banner. In addition to Bixby and Ferrigno, the show starred Jack Colvin as Jack McGee, a reporter tracking the Hulk, Ted Cassidy as the voice of the Hulk, and Charles Napier as the voice of the Hulk after Cassidy’s death in 1979. Over the past decade, Ruffalo has received almost universal acclaim for his performance in the MCU, although there is one former Hulk actor who is not such a fan of his computer interpretation of the character.

In a recent interview with The Washington Times, Ferrigno criticized the later Hulk and Avengers films for lacking the basic human qualities possessed by the 1970s television series. According to the 70-year-old actor, something is lost in the digital rendering of the Hulk, in particular, “raw human qualities that only an actor can play.” Read Ferrigno’s full comment below:

While I appreciate the amazing visual work these artists create, it lacks the raw human qualities that I believe only an actor can play. Especially when it comes to the Hulk.

This isn’t the first time the former Incredible Hulk actor has expressed his disgust at the use of CGI in the MCU. Earlier, Ferrigno shared his hopes for the Marvel series “The Hulk Woman” starring Ruffalo and Tatiana Maslany, saying that he should not rely too much on computer graphics. Not only did the She-Hulk trailer show that the Disney+ show would do just that, many found the computer graphics substandard. However, Marvel later released an updated trailer, which seems to have taken into account many of the criticisms made about the visual effects of the show.

While criticizing the Hulk’s computer graphics, Ferrigno didn’t hesitate to praise his own take on the character, claiming that his Hulk was the most suitable superhero body. In the case of the Incredible Hulk of the 1970s, the use of computer graphics was not even considered, since the technology was far from as advanced as it is today. Even though it wasn’t a deliberate creative choice, Ferrigno’s practical Hulk allowed the actor to present a much more organic version of the character. Thanks to innovations in computer animation, especially motion capture technology, CGI Hulk is not going anywhere, although, as Ferrigno points out, it may still lack basic human qualities.