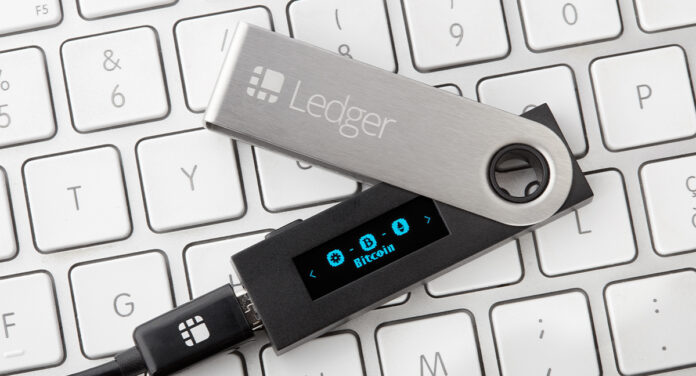 The cryptocurrency wallet Ledger, which has been the target of hackers in recent months, faced a database leak. The company apologized for the incident in which 1 million e-mail addresses, thousands of addresses, phones and names were leaked and stated that they continue to work. While the information is being exposed on the hackers’ website, Ledger users are very concerned.

Bitcoin wallet Ledger has warned and apologized to its users on its official platforms with the emergence of the database leak. Ledger said there were some signs that this information was stolen as a result of an attack on the e-commerce database in June. It was learned that 1 million leaked emails, 272 thousand names and more than 250 thousand addresses were disclosed on the hacker site called Raidforms.

Ledger made the following statement:

“We deeply regret this incident. We take privacy very seriously. Avoiding such situations is our company’s priority and we have learned the lesson needed to make Ledger even more secure.

Since July, we’ve done everything possible to make Ledger stronger. We are further consolidating our already powerful systems and we have also thoroughly reviewed our data policy. We are constantly working with the authorities to stop hackers and scammers. We have removed over 170 phishing websites since the first attack. ”

Could your personal information be leaked?

The person who leaked the wallet information shared two text files in their post on the forum, one named All Emails (Subscription) and one named Ledger Orders (Buyers) only. The file named All Emails contains 1 million 75 thousand 382 e-mail addresses that have subscribed to Ledger’s newsletter. The other text file contains much more sensitive data. In that file, there are the names and addresses of 272 thousand 853 people who have ordered hardware wallets from Ledger.

Some websites where the leak list can be downloaded continue to be shared on social media platforms such as Twitter and Reddit. When you search with keywords like “Ledger list”, you will see many posts with the list. Whether personal information is leaked or not can be checked from these lists. It will be healthier in terms of security if any downloaded file is deleted after the relevant checks are made.

You can check your e-mail address

However, Ethereum (ETH) developer Hudson Jameson also shared a website where users can check their e-mail addresses in a tweet. On this site, you can find out if your e-mail address is involved in any leak.

1/ Check here to see if you are a part of the Ledger database leak that just went public: https://t.co/jFyCBLJGNR

The leak has 2 sets of files: one that has name, physical address, email, and phone #. The other is just email addresses. One of my emails is in the email only list.

Commenting on the issue, Hudson Rock co-founder Alon Gal said, “Those using Ledgers tend to generally own high-value cryptocurrencies and now they will be subject to both cyberattacks and physical attacks on a larger scale.” said.

While Ledger says that 9500 addresses were leaked, AMB Crypto’s report states that the leaked data is much more than Ledger claims.

Are users preparing to sue?

Some of the Ledger users, who were anxious and nervous due to the leak, announced on Twitter that they would take the event to a legal dimension. HackAlert, who shared on Twitter, shared a remarkable post about the incident:

“The really disturbing thing is that Ledger has no reason to store this data in the first place. All they needed was the shipping address and they had to keep this information for a maximum of 30 days to make sure the shipment was delivered. ”
One Ledger user said, “Ledger, why is my information you need to delete is part of this leak right now? Why didn’t you inform me about this leak? Be ready for lawsuits filed for violation of the law. ” he expressed his anger.

Peter McCormack, one of the well-known names of the crypto money market, also announced that he was on the leaked list and said:

“The hacking thing is really horrible and I’m on the list. But do we need a healthy and competitive market for hardware devices? If there is, shouldn’t we do something to make the Ledger better instead of pushing people away from Ledger? “

In the US Capital, Authorities reported a “security threat”