Home Entertainment LOTR: Would Boromir have died if Gandalf had been there? 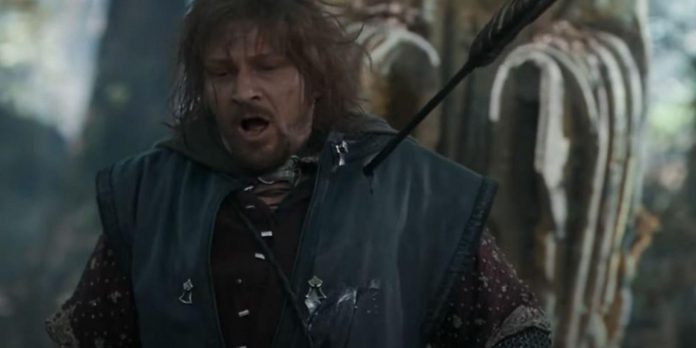 The way the omniscience of the Lord of the Rings characters is portrayed is one of the most interesting aspects of Tolkien’s works. In a sense, it seems that several characters in the story know exactly what events will happen, how they will happen and what consequences they will have for the fate of the world. Take, for example, Galadriel, who can look in the mirror and see the fate of Frodo. But on the other hand, it seems that there is no specific fate. In fact, there are millions of possible outcomes, and they all relate to the choices that the characters make. Those who can see these elections and their results can do nothing but guide the community on their journey and try to guide them to the right place. This is hinted at by Galadriel in his famous line:

“The quest is on a knife edge. Deviate a little more, and you will fall to the destruction of all.”

Of all the characters in this story, Gandalf is probably the most prominent representative of this uncertain future. His whole role in the quest, and his whole purpose in Middle-earth as an Istari, is to guide those who need him, helping them with his care, his knowledge and his sacrifice. But even he cannot control the future and has no power over others and their actions, he can only do what he thinks is best for them and encourage them to do what is best for each other. Samwise says, “I don’t think Gandalf wanted us to go that way,” to which Frodo replies: “I don’t think Gandalf foresaw that many things would happen.”

This, of course, is a reference to the breakup of camaraderie, to the fact that Boromir gave his life, Merry and Pippin were captured by the Uruk-khai, and Frodo and Sam had to leave alone to try to find another way to Mordor. The question is, if Gandalf hadn’t died with the Balrog in Khazad-Doom and was with the brotherhood when Uruk-hai was attacked, could he have changed the outcome? Could the wizard have changed Boromir’s fate and changed the paths leading others to dangerous parts of their history, or was it beyond his control?

When it comes to Boromir in particular, it’s hard to understand if things could ever have turned out differently. If Gandalf had been there, it is possible that he could have saved Boromir during the Uruk-hai attack that eventually killed him. Of course, if Gandalf had been with the brotherhood at that time, there is a high probability that Boromir would never have followed Frodo into the forest, despite Denethor’s insistence to return the ring to Gondor. Boromir probably would never have risked trying to take the ring away from the hobbit, because Gandalf would have been watching him. Gandalf knew that he was the weakest link as the only fully human member of the group, and Boromir feared the wizard’s wrath.

Even if he had risked trying to take the ring, there is a good chance that Gandalf would have been able to fight off the orc army and protect the others, which means that Boromir would never have had to give his life to protect Merry and Pippin. first of all. But unfortunately, it could also lead to the unraveling of some other important and important events that had to happen in the rest of the journey for the rings to really be destroyed.

For example, if Gandalf was still in the brotherhood, he would never have died and returned a more powerful Gandalf the White, which would have had all sorts of consequences. And if Boromir hadn’t died to protect the others, Frodo might never have made the decision to leave alone. In the end, he made this choice after seeing what the ring had done to Boromir, knowing that he had to protect the others from the same terrible fate. Similarly, when Aragorn finds Frodo on Amon-Hyun in Peter Jackson’s film adaptation, he may never let the young hobbit go alone. If he hadn’t realized what happened to Boromir because of the temptation of the ring, he might not have realized that it could have been in his own future, and might have tried to detain Frodo. No matter how good his intentions were, it could have disastrous consequences.

Thus, although Gandalf could have saved Boromir, it would have changed all subsequent results. Perhaps Gandalf would have known about this just as he knew that “Gollum still plays some role in all this.” In this case, he would have foreseen all the steps leading up to this moment, and all the steps that would follow it. There’s definitely a sense in the stories that everything has to happen in a certain way, and that everyone has to play their part to make it happen. The choices and decisions of each character lead them to their fate. And, in the end, the world was saved, the ring was destroyed, and the era of peace began. It turned out that it wasn’t such a bad fate.