Home Entertainment LOTR: Why do elves yearn for the sea? 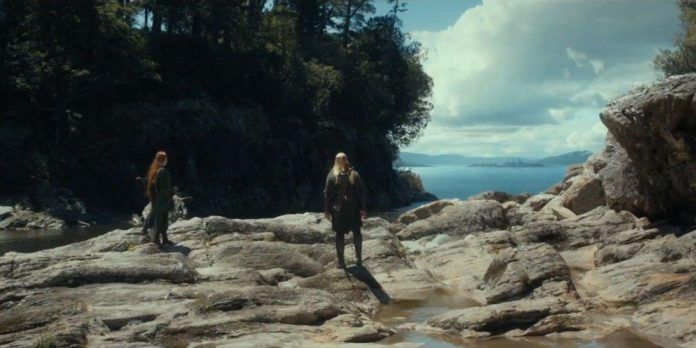 In “The Lord of the Rings” there are many topics that talk about what it means to return home, whether it’s a place like Bag End and his chair for Bilbo, or a vocation, for example, to finally get down to business. the throne of Gondor and fulfilling your destiny, as for Aragorn, or even if it means returning to the people you loved and missed, as returning to Rosie Cotton for Sam. But for the elves of Middle-earth, there is some bittersweet sadness in their calling home, in the fact that they always have to travel across the waters to the Immortal Lands.

In tears at the end of The Return of the King, Legolas describes: “Grey ships, Grey ships, do you hear their call? The voices of my people who left before me.” There is a sense of longing in the elves, who know that their time is coming to an end and that they must go to Valinor, where so many of their loved ones have already parted, like Arwen’s mother. But so many elves, such as the wood elves in Mirkwood or the elves living in Lothlorien, shrouded in trees and the silver light of Galadriel, may have never even seen the sea or looked at the rapid sunrise over the boundless horizon, so what gives them this innate desire to return to the water?

The answer goes back to the story of the creation of the world, which Tolkien conceived as a child, long before he came up with “The Lord of the Rings” or “The Hobbit”. When Eru Iluvatar first created beings, they arose from his mind, and he gave each of them the gift of music. In this music was the power of all creation, and as these new beings (who later became known as the Valar) sang, they set in motion the deep streams of the oceans and the huge peaks of the mountains, forming Middle-earth as a whole. a safe haven for the next creations of Iluvatar, who were less spiritual and much more dependent on the comfort and protection of the world where their earthly bodies could dwell: elves and humans.

Interestingly, the dwarves were actually created first, although not by Iluvatar. But, despite the fact that the elves had everything they needed, especially there was always some kind of anxiety, as if they were not quite happy with Middle-earth, as if their souls longed for something else. Many fans believe that this is because they are always eager to go to the Immortal Lands where they can find peace away from the darkness and suffering of the world caused by restless creatures such as Melkor and then Sauron.

According to the Silmarillion, this need for the sea may be embedded in their genetic structure, in the very composition of their beings. Back in the days when Iluvatar and his Valar first created the world, elves and humans were also invited by this music, and even after several Epochs of Middle-earth, they can still hear its call. In particular, the being who created the oceans of the world was Ulmo, and it is said that he “speaks to those who live in Middle-earth with voices that are heard only as the music of water.” For all the seas, lakes, rivers, springs and springs are in his power, so that the elves say that the spirit of Ulmo flows in all the veins of the world.” This brings the elves (who are known to be able to see beyond it and perhaps even hear beyond it) closer to Iluvatar, their creator, and the origins of all life, which they cherish.

Of the original creatures, Ulmo was one of the most susceptible to Elves and Humans, he didn’t see them as rivalry and jealousy like Melkor, but he also didn’t see them as creatures he couldn’t stand. they parted and wanted nothing but to walk among them. He could stay apart from them, but still watch them from afar, enjoying their training and their life. “Ulmo loves both elves and humans, and has never left them, even when they were under the wrath of the Valar. At times he comes unseen to the shores of Middle-earth or goes far inland up the sea estuaries and plays there on his big horns, ulumuri, made of white shells; and those to whom this music comes hear it forever, in their hearts, and the longing for the sea never leaves them again.”

It Turns Out That We Can Thank Teenagers For The Fact...