Home Entertainment LOTR: What is the difference between Middle-earth, Arda and Beleriand? 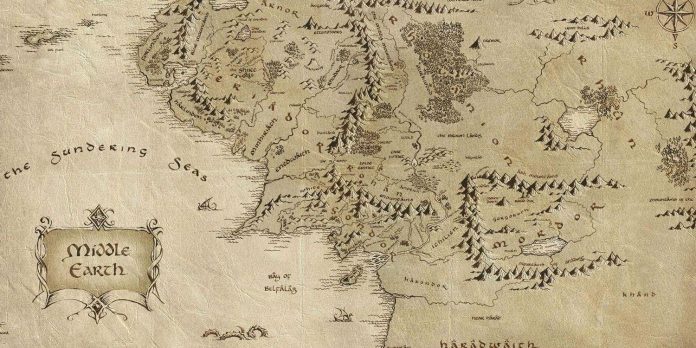 The knowledge surrounding The Lord of the Rings is so vast that it can sometimes be difficult to keep up with them. The world created by Tolkien is so detailed that there are many places that history does not even visit, but they are still important for the world as a whole. The knowledge is so deep that there is a whole mythology surrounding the creation of the world and the expanded history of Middle-earth, and since it is secondary to history, often only the most persistent fans know about it.

One of the most confusing elements is the difference between the different names of lands in Tolkien’s works and how the world as a whole works. Middle—earth, Arda and Beleriand are all terms that are used to refer to the world created by Tolkien, but they all mean different things and may depend on what period of time is being discussed. So what is the difference between these places and how important are they to Tolkien’s world?

RELATED TO: LOTR: Questions about Middle-earth that Tolkien Never Answered

The term Arda simply refers to the world as a whole, similar to how we call the planet on which we live, “Earth”. Arda was created using Ainur Music as a way to create a home for the Children of Iluvatar (the race of Elves and Humans). The Valar invented the geography of Arda and shaped it until Melkor decided that he wanted Arda for himself and tried to fight them for it. This led to the First War, which overshadowed Arda and changed the plan of its location.

Originally, Arda was flat, and the continents were surrounded by Ekkaya, the surrounding sea. Aman was the largest continent, and it lay to the west, and Middle—earth to the east. Middle-earth was connected to Aman in the northwest of Helkaraxe, a cold icy region. During the war, the Valar destroyed and changed most of the world, part of which fell into the sea, and part of the land was divided. One of the most remarkable was the flooding of Numenor, during which the world stretched into a spherical shape. Aman became inaccessible, except along the Direct Path that the elves take from the Grey Havens to the West (and also along which Frodo was allowed to pass at the end of his journey).

As mentioned earlier, Middle-earth was one of the lands that made up the world of Arda. This is the place where the stories of “The Lord of the Rings” and “The Hobbit” take place, and this place is most familiar to fans. Some of the most dominant features of Middle-earth are the mountain ranges that divide the earth into different regions and also separate Middle-earth from Beleriand. In the early days of its existence, Middle-earth was covered with a giant forest from the western shores to the Misty Mountains, but over time it began to shrink and now exists only in the forms of the Old Forest, Fangorn Forest, Lothlorien. and Erin Vorn.

Middle-earth has been home to a wide variety of people throughout its history, starting with Ainur and Mayar. There were good Mayars — five wizards — as well as evil ones, which were the Balrogs and Sauron himself. Then, eventually, the children of Iluvatar arrived when they were created and awakened by Iluvatar, and the dwarves were created by Vala Aule. Tolkien determined that Hobbits were an offshoot of a race of humans, and although the exact origin and history are unclear, they first settled in the Valleys of Anduin at the beginning of the Third Age, and then migrated through the Misty Mountains and settled in the Shire. .

Beleriand was a region in the northwest of Middle-Earth in the First Epoch. The area was surrounded by the Belegaer Sea in the west and south, and the Blue Mountains were in the east (and this is the only part of the region remaining by the Third Epoch). During the War of Wrath, which was Morgoth’s attack on the land of Beleriand during his quest for power, he enslaved many elves and people of Beleriand in the pits of Angband. Although Morgoth was eventually defeated and the slaves were freed, the land was virtually destroyed by the war.

The landscape has changed, rivers have appeared and disappeared, and even the hills themselves have shifted. In the end, most of this land went under water, and only a small area called Lyndon remained. Several other areas remained and became known as the Western Isles, including Tol Fuin, Tol Morven and Himring Hill, which simply became Himling Island. Galadriel, talking to Treebeard in Isengard, hints that after the final battles of the last times (known as Dagor Dagorat), Beleriand will be extracted from the sea again.