Home Entertainment LOTR: Rings of Power – Who is Elendil? 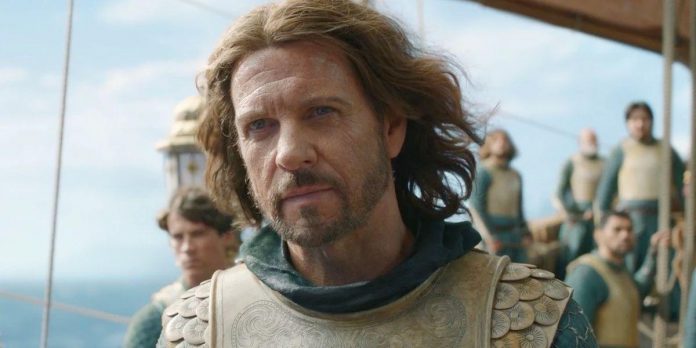 Below are spoilers for Episode 3 of The Lord of the Rings: Rings of Power. Amazon’s “Rings of Power” introduces viewers to a lot of knowledge about Middle-earth that may be unfamiliar to them. Since the events of the series span a period of time long before the events of The Hobbit or The Lord of the Rings, only the most persistent Tolkien fans are likely to be familiar with the names and places of the Second Era. Fortunately, the show introduces viewers to new ideas quite well in a way that doesn’t confuse them, although because of this, some dialogues may become a little overloaded with exposition.

In Episode 3, “Rings of Power”, the character of Elendil is introduced, since it was his ship that rescued Galadriel and Halbrand from the sea. When he takes them to the island of Numenor, it becomes clear that he is important to the kingdom, and there are hints that he is a character who will later influence the grand design of Middle-earth. Who is Elendil and why is he important to Tolkien’s world?

In order to understand the history of Elendil, it is first necessary to make a brief overview of the history of Numenor and what became of the great kingdom. Due to the time period during which “Rings of Power” takes place, it’s likely that the show will eventually cover this, probably at or near the end of the story. Numenor was an island raised from the Valar Sea as a gift to the People after the war with the Dark Lord Morgoth. The Valar forbade the Numenorians to sail far to the west because they did not want them to meet the Immortal Lands. The Numenorians began to resent this, because they felt that their chance for eternal life was being deprived, so, trying to regain their power, they began to sail to the east and colonize some parts of Middle-earth.

In the year 3255 of the Second Epoch (SA), one particular king of Numenor, Ar-Farazon, sailed to Middle-earth only to have his mind corrupted by Sauron. Due to the combination of Sauron’s influence and Ar-Farazon’s own fear of aging and death, he sailed to the west with the intention of waging war against the Valar and seizing the Immortal Lands. Of course, the Valar did not take this lightly and called on Iluvatar to change the face of the world. Aman and Tol Eressea were completely wiped off the face of the earth, which changed its shape from flat to round. Numenor was flooded by the sea, which killed its inhabitants, including Sauron, who was then deprived of the ability to take various forms.

Elendil was the son of Amandil, a Lord who was one of the Faithful—the Numenorians who were still loyal to the Valar. They were friends of the elves and were against the practices of Ar-Farazon and Sauron. Elendil had two sons, Isildur and Anarion (his daughter Earien, who appears in Rings of Power, was invented specifically for the series). The name Isildur will definitely be familiar to any Lord of the Rings fan, as he is the ancestor of Aragorn and was responsible for defeating Sauron and taking the One Ring for himself until it eventually killed him.

This, of course, means that Elendil is also one of Aragorn’s ancestors, which is one of the subtle ways that The Rings of Power can relate to the story of the Lord of the Rings. The lineage of Elendil was the long-lived Dunedain, of which Aragorn was a part. When Ar-Farazon and Sauron began to prepare for an attack on the Valar, Amandil was warned about the fall of Numenor and ordered Elendil to gather the Faithful (as well as the seedling of the White Tree of Numenor) and sail from Numenor to the Middle -the globe. This is what saved them and made these people the only survivors after the flooding of Numenor. Upon arriving in Middle-earth, Elendil was greeted by the Elven king Gil-galad and founded the kingdom of Arnor in 3320 SA.

The sons of Elendil went further south and founded their own kingdoms: Anarion founded the city of Minas Anor in Anorien, and Isildur founded Minas Itil in Ithilien. The two sons ruled this new kingdom, which they named Gondor together with Osgiliath. Sauron began to build up his strength again and attacked Minas Itil in 3429 CE. After that, Isildur went north to consult with his father, and left Anarion to defend Gondor. A few years later, Elendil and Isildur returned to Gondor with Gil-galad to form the Last Alliance of humans and elves against Sauron and his forces.

When the army advanced into Mordor, humans and elves were able to lay siege to Barad-Dur, although Anarion was unfortunately killed during this battle. After seven years of siege, Sauron decided to personally decorate the battle with his presence. Elendil and Gil-galad were able to overthrow Sauron, but were killed in the process. Elendil’s sword, Narsil, broke when it fell, shattering into pieces that could not be reforged for many years until the sword came into the possession of Aragorn.

The Walking Dead: For this important reason the AMC series was...