Home Entertainment LOTR: Is Saruman the reincarnation of Melkor? 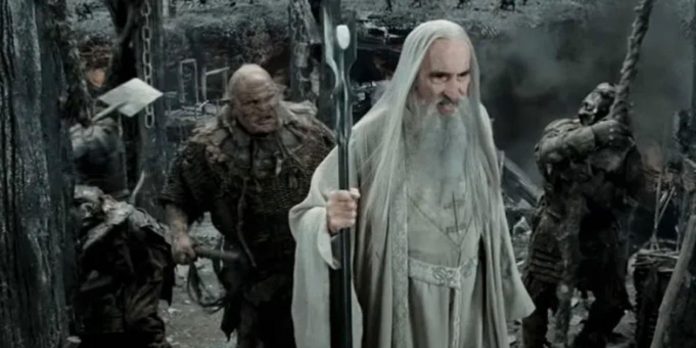 Many writers create and recreate characters over and over again in the course of their writing journey, making small adjustments and changes that eventually lead to a well-rounded, concretized character. And some screenwriters even use earlier sketches of this character as a separate character in another work to give them a kind of test run before they move on to the final version. Taking this as a basis, some Tolkien fans have put forward an interesting theory that Saruman is the reincarnation of Melkor.

Now this is implied both in the spiritual sense, when the essence of Melkor returns to existence in the physical form of Saruman in Middle-earth, and in the written sense of Melkor, in fact, being an earlier sketch of what would later become the character of Saruman in Middle-earth. Lord of the Rings. There are many ways to compare the two characters to each other, and in which readers have noted the progress from the early concepts of the Silmarillion, which Tolkien developed over the years, to a more concretized version of the Silmarillion. the white wizard who appears in his most famous works.

RELATED: Illness in Rosgobel is a sign that history is repeating itself

The most striking similarity between the two characters is their ability to corrupt, as they both started out as kind beings with noble intentions, but were quickly seduced by greed and narcissism, which then spread to infect people and the lands around them. “Melkor among the Ainur was given the greatest gifts of power and knowledge, and he had a share in all the gifts of his brothers.” He, like Saruman, is one of the most powerful in his order, and like Ainur, one of the purest and most trusted with great responsibility.

But both Saruman and Melkor are dissatisfied with the overall power they have been given and want to assert themselves, wanting to be recognized and respected for their achievements. For Melkor: “He began to think independently, unlike the thoughts of his brothers. Some of these thoughts he now wove into his music, and immediately disagreements arose around him, and many of the singers next to him fell into despondency, and their thoughts were confused, and their music faltered; but some began to adjust their music to his music, and not to the thought that they had at first. Then the dissonance of Melkor spread even wider, and the melodies heard before were drowned in a sea of stormy sounds.”

This power of persuasion, this use of voice and music to corrupt others, distort their thoughts and make them guess everything they think they know, seems very familiar in The Lord of the Rings when you look at the chapter in which the members of the fellowship approach the white wizard who is locked up in the Orthanc Tower in Isengard. Gandalf warns Pippin, the youngest and probably the most naively trusting: “Saruman has abilities that you don’t know about.” Beware of his voice!”. This is because Saruman uses the same tactics as Melkor, the power of persuasion, which creates Chaos and makes others doubt things that they have long kept in their hearts.

Saurman manipulates the Riders of Rohan with his voice, just as Melkor manipulates the song of Ainur, and convinces them that Gandalf is the enemy: “A shadow crept over their hearts, the fear of a great danger: the end of the world Mark in the darkness into which Gandalf drove them, while Saruman stood at the door of salvation, holding it is half-open, so that a ray of light sheds through it.” Despite the fact that they know that Gandalf is their savior, and that he has always acted only in their interests, they begin to ask him questions, just as other Ainur begin to doubt the truthfulness and beauty of Iluvatar’s vision in the song.

Many Tolkien theorists believe that the Ainur prefer to disguise themselves among Middle-earth, and that each of the magical creatures in The Hobbit and The Lord of the Rings is actually a fake identity of the Ainur, the original creatures. Or perhaps their reincarnations, their physical forms in the world, able to channel their powers from beyond the ethereal halls of Mandos and Valinor, where the Ainur dwell. After the arrival of the first creatures of elves and humans. There is so much in common between the confusion and confusion that Melkor and Saruman cause in their victims that the theory seems plausible for these two characters. But Tolkien himself never made a real connection, so it’s up to the fans to decide what they believe.

Guide To Buy The Best Games For Nintendo Switch In Christmas...