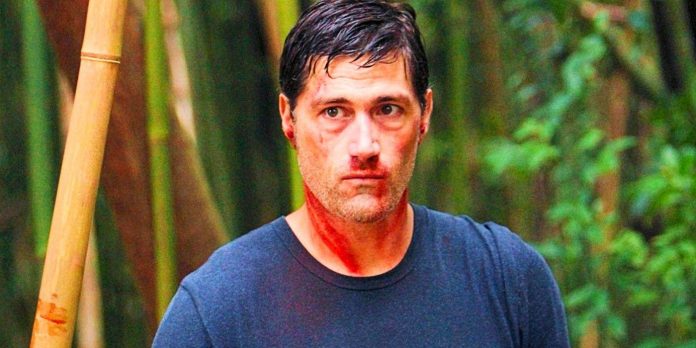 The star of “Lost” Matthew Fox told why he quit acting for more than half a century. Although the actor’s career began in 1992 with roles in TV series, including “Wings” and “Freshman Dorm”, he first became famous thanks to the role of Charlie Salinger in the family drama “Party of Five”, in which he starred for all 6 seasons from 1994 to 2000. Soon after, he got another major role, playing Dr. Jack Shepard, one of the main characters of the science fiction series “Stay Alive”, which ran from 2004 to 2010. Among his colleagues in the film were Josh Holloway, Terry O. Quinn, Jorge Garcia, Daniel Dae Kim, Junjin Kim and Evangeline Lilly, who later played the Wasp in the MCU films about Ant-Man.

Fox also had the opportunity to appear in some major projects after the series “Stay Alive” went off the air. After that, he largely switched to cinema, and his first big project was a role in James Patterson’s film adaptation of Alex Cross, in which Tyler Perry starred in the title role as the main action hero. The following year, he appeared in another adaptation of the big-budget novel, the zombie action movie “War of the Worlds Z”, based on the book of the same name by Max Brooks, starring Brad Pitt and Mireille Enos. However, his credits suddenly stopped in 2015 after he appeared in Kurt Russell’s horror western “Bone Tomahawk”, which was directed by “Fight in Block 99” S. Craig Zaler.

Related: Lost: what happened to Jack’s father after the plane crash

According to Variety, Fox recently spoke to the press at the Monte Carlo Film Festival during the premiere of the Peacock series “The Last Light,” which is the first project in which he appeared since 2015. He said that he has a “planned list” of projects. which he wanted to work on while he was playing, and the western was the last item on the list. After the Bone Tomahawk, he decided to retire from acting to focus on the role of his father, while simultaneously pursuing other creative endeavors, such as his music. The reason he was tempted to return to acting was because he became the executive producer of “The Last Light,” a behind-the-scenes role he had been considering for some time.

I had a list in my mind of what I wanted to achieve in business, and after I made Bone Tomahawk in 2014, that list kind of ended. I wanted to make a western. It’s a very strange western, but it’s a western. And thus completed the wish list.

At that time in my life, our children were at an age when I felt I needed to really come back. I was focused on work for a while, and [my wife] Margarita was managing the family so perfectly, but I felt it was time to come home, and I really felt like I was leaving the business and working on other creative elements that are really personal to me — a little music and writing.

I kind of got to the point where I thought maybe executive producing was on the wish list. I’ve never done this before. There was an opportunity to participate in Last Light, and I wanted to try it. And it seemed like the right moment.

In “The Last Light,” Fox plays Andy Yates, the head of a family struggling to survive after the oil crisis has caused chaos around the world. The story, based on the novel of the same name by Alex Scarrow, is a pure apocalyptic thriller. In addition to Fox, the cast includes Tom Vlashiha, Amber Rose Reva, Victor Alli, Alyth Ross, Taylor Faye, Hakim Joma and Joanne Froggatt from “Downton Abbey”.

It is very rare when an actor, coming out of such a hot property as “Stay Alive”, completely leaves the industry. Hopefully, Fox can prove that focusing on your family is a viable option for a big star, and the industry will be able to welcome people back with open arms. The results of the “Last Light” will eventually prove whether his absence caused the public’s heart to become more attached.

Demon Slayer: Kimetsu No Yaiba – The Hinokami Chronicles Heads To...