Home Entertainment Lost Judgment: “We have tried to make everything more intuitive and fun” 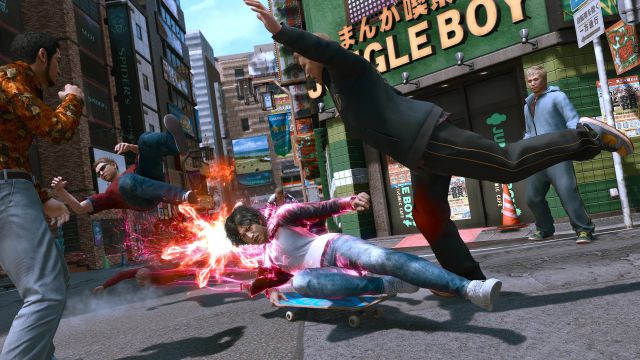 Lost Judgment: The director of Lost Judgment ensures that they have learned thanks to the feedback they received from the community after playing the first installment.Lost Judgment director Kazuki Hosokawa has shared the direction the sequel to Ryu Ga Gotoku Studios’ original work has taken. The creative has ensured that the feedback they received with the first delivery has helped them to make all the elements feel better integrated. He recalls that the project will go on sale on September 24 on PS5, PS4, Xbox Series X | S and Xbox One.

In conversation with the medium The Gamer, Hosokawa explains that for Judgment they had to elaborate “a lot of different elements and functions”, so there was room for improvement as the community transmitted them. “We got a lot of feedback from fans on what we could do differently or a little bit better. We have tried to make everything more intuitive and fun ”.

Like so many other projects developed throughout 2020, Lost Judgment has also suffered the impact of the pandemic. The director commented that one of the keys they work so well for is the way the team members communicate, veterans of so many projects throughout the Yakuza saga. Being isolated by COVID-19 prevented them from using their “usual communication style.”

“A year ago, when we were in the early stages of development, there was no lockdown in Japan, and the situation was not that severe, but once we entered the final stages of production, things got serious and it was more difficult to communicate. We had a loss of speed and we wanted to be able to talk about things faster, ”he stressed.

On the other hand, Hosakawa opened the door a little on the horizon that awaited the team with the future of the brand. He wishes he could keep the simultaneous releases all over the world, which for the first time will be done with Lost Judgment. He is also on the weight of being able to explore other games of the Yakuza saga in territories far from Japan, that is, to be able to take the characters to new countries. However, nothing is confirmed. We will see what is left.