Home Entertainment Lost Judgment: These Are The 8 Playable Titles of Master System 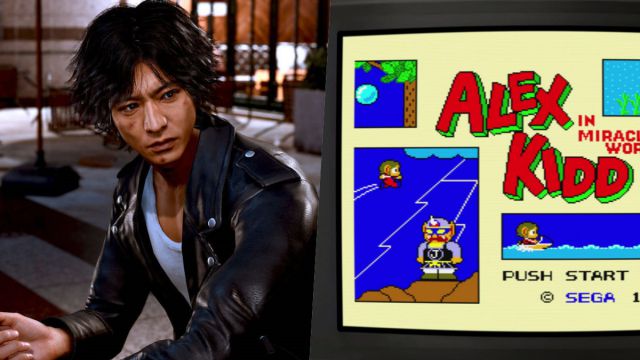 Lost Judgment: The complete list includes titles such as Alex Kidd in Miracle World, Maze Hunter 3-D or Quartet, among many others.The team behind the Yakuza saga likes to bring back Sega classics so that the characters in their video games (and therefore the players themselves) can enjoy true gems of the past. Lost Judgment, a sequel to Judgment, as well as a spin-off of the series starring members of the Japanese yakuza, has confirmed several Master System titles that will be fully playable within the video game.

Through social networks, RGG Studio has published the eight titles of the machine that will be available in Lost Judgment. It should be noted the presence of Alex Kidd in Miracle World, a video game that has just received a completely revamped version on current systems. For the rest, below we show you the complete list:

Where is the Master System in Lost Judgment?

Takayuki Yagami, the former lawyer turned private detective, has a kind of office at his disposal. It is a workplace, but also a space in which to relax when the situation requires it. It is not strange, therefore, that between documents, papers and annotations a Master System is hidden. Who knows, maybe a little game will help unblock the brain when the character is at a mental crossroads. After all, being a detective is not an easy task.

Lost Judgment will go on sale next September 24 on Xbox One, Xbox Series X, Xbox Series S, PS4 and PS5, at the moment without news about a possible version for PC. For the first time in the history of the saga, the game will be marketed on the same day in all markets, a decision that has not been easy for the study, since they have had to make different operational changes to adapt to the situation.