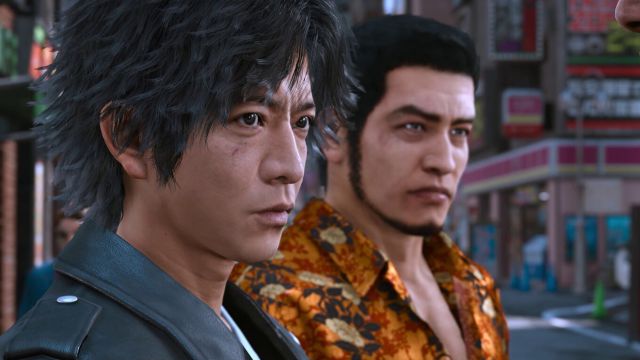 Lost Judgment: Takayuki Yagami returns in a sequel where he will have to reuse his detective skills to unravel all the mysteries.Gamescom 2021 Opening Night Live has been the stage in which some of the most important projects have been presented for the coming months. SEGA has been present with several video games, and one of those that could not be missed was Lost Judgment, which has been seen in a story trailer. This spin-off of the Yakuza saga recovers the character of Takayuki Yagami, a former lawyer turned private detective that we already met in the previous title, Judgment.

The trailer, which you can see in this news item, delves into the latest case of detective Yagami, while allowing us to glimpse the friends and enemies who are related in one way or another to the case. Ehara is suspected of having murdered Professor Mikoshiba’s student, although he has a firm and perfect alibi. In addition, a group of masked men seems to have targeted Yagami himself, as well as his allies, since everything seems to indicate that he has gotten too close to the truth. Now, the detective will have to determine to what extent the events are connected and how far the Mikoshiba chao goes.

Lost Judgment is developed by the Ryu Ga Gotoku Studio, the studio behind the Yakuza series. The spin-off adopts the thriller genre, with very crude scenes, although as is usual in the productions of this studio, humor is also very present. Takayuki Yagami defends all those that the law does not protect. He has been called to investigate two crimes that do not stop adding victims. Will he be able to solve the case?

SEGA will launch Lost Judgment in all major territories at the same time. It is the first time that one of the games in the Yakuza saga has been released worldwide, something that has posed some challenges for the studio. Be that as it may, the video game will be marketed on September 24 on PS4, PS5, Xbox One, Xbox Series X and Xbox Series S, for now with no PC version on the horizon.