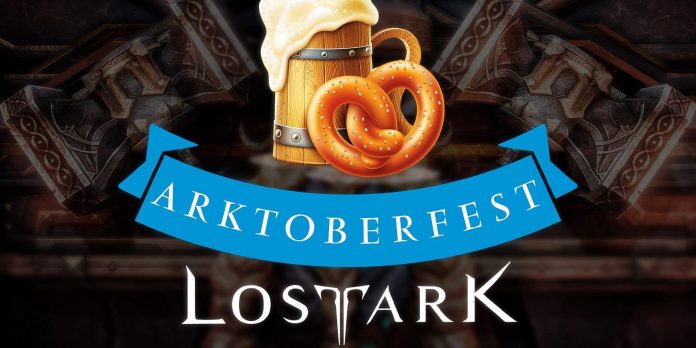 Lost Ark has kicked off its last season of seasonal holidays with a new Arktoberfest event that mirrors the real Oktoberfest in Munich, Germany. Lost Ark players will be able to celebrate with unique rewards every weekend during the event, visit themed festival locations, discover new cosmetic items and participate in a set of joint quests.

Less than a year after Amazon Games published the Western version of the Korean MMORPG, Lost Ark became one of the most popular games on Steam, taking fifth place in terms of the number of players. The popularity of Lost Ark as a free MMO is explained by exciting and intuitive Diablo-style battles, impressive character customization depth and satisfactory mining progress. A huge number of activities, from sailing ships and challenging raids to more leisurely activities such as seasonal holidays, building houses and collecting pets, help to maintain interest in the game for 200,000 players per month. Like other MMOs, Lost Ark tends to celebrate holidays in the real world with its own in-game events.

Celebrating community and kinship, Arktoberfest is the last Lost Ark seasonal event, this time reflecting the real Oktoberfest, which starts at the same time in Munich. The event will take place from September 16 to October 3 and includes a number of unique events. On weekends, you can activate the “Fever” button on the server to get special food for useful buffs, such as “Festival Sausage”, “Festive Pretzel” and “Festive Gingerbread”, each of which increases the main characteristics and allows you to choose the attack speed, critical strike speed or movement speed. .

Members of the Creator Program can also activate new Twitch awards for Lost Ark, which reward viewers with festive cosmetics such as lager, Indian light ale or stout, which players can wear on top of their heads. They can be unlocked by viewers after four hours of corresponding Lost Ark streams. To learn more about the events of the Arktoberfest, players can visit Gesbroi Island, home of world-famous breweries, where several new quests are available that bring themed rewards, such as a lager doll mask that turns players into a beer glass. Players can also earn the soul of Gesbroi Island by completing a series of joint events, as well as a set of joint quests that reward successful players with a special title.

Festive events are always a great way to shake up the MMO world and give players something new to look forward to in between Lost Ark raids or grading in their strongholds. Players can expect a few more seasonal events before the end of the year thanks to holidays like Halloween and the next winter holiday season.

The Lost Ark is available on PC.